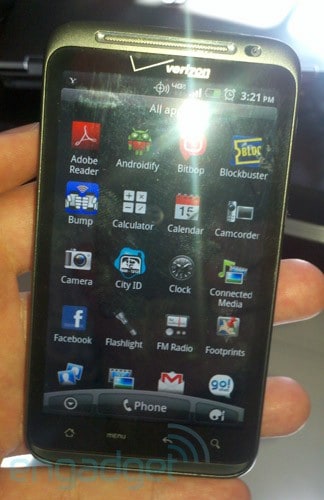 Just two HTC Thunderbolt stories so far, and neither has yet another new release date!  But one explains why the rumored dates keep slipping, and the other simply documents the result of The Phone That Wouldn't Be Released, or Verizon does Vamoose.

First up, Engadget got a tip that the T-Bolt is indeed firing off not lightning bolts but its battery power.  Testers are finding the 1400 mAh battery is out of charge within two to three hours of a full top-off, and without a backup phone, they're Thunderstruck.  Not clear if this negative development explains the alternating release dates, or if the LTE radio is the big draw here, but sources say that's why six different release dates have discharged and we don't even know which one's current.  We suspect more proposed launch dates will trickle in.

Yet another source notes that the existing firmware's been recycled and a new power and signal design is being sent around the test circuit. The latest revolting development: the Thunderbolt engineering team is so incapacitated they're taking Lithium or in padded cells, no doubt due to their conduct.   Yes, I'm positive!  We'll keep working our contacts, because we've found this fiasco hard to resist.  Watt's not to like?

Excuse me.  Moving on… here's something another tipster sent in to Android Community.  It seems you can actually get a Thunderbolt into your Shopping Cart in HTC's online store, you just can't buy it.  Why?  Because while the product exists in its system, it isn't linked to any of the the carrier plans.

Here's the visual proof, a Thunderbolt in my shopping cart!  You can click this image to see a larger version. 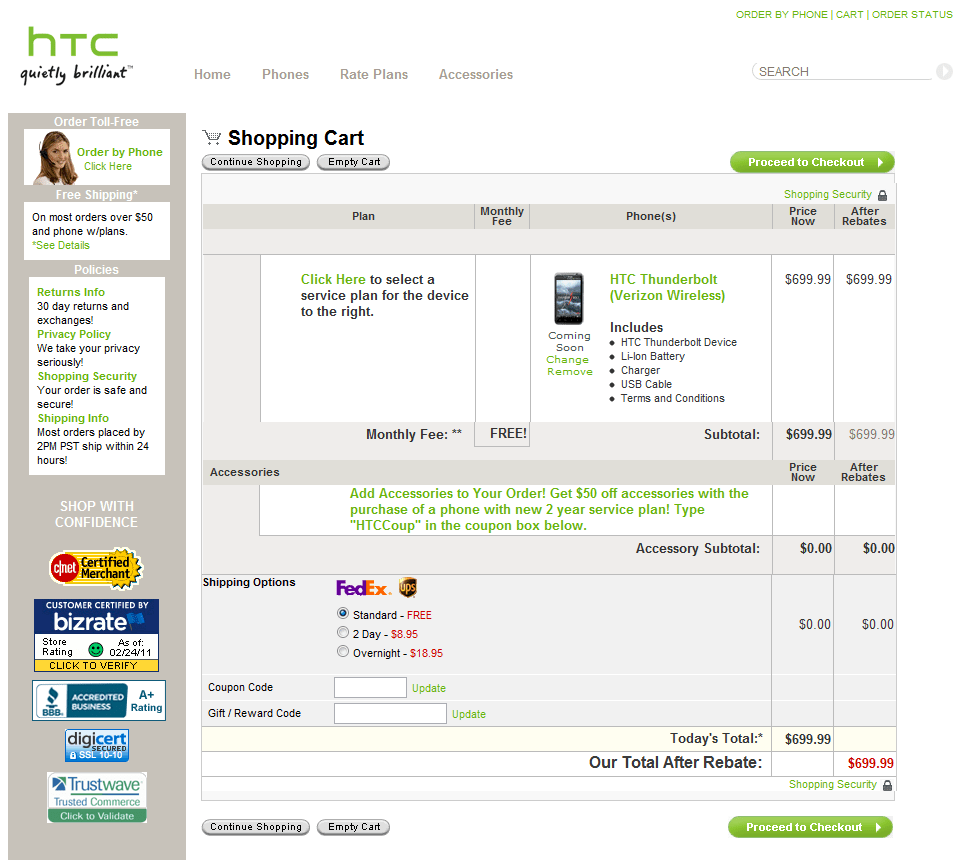 How do you get the so-many-rumors-it-might-as-well-be-up-for-an-Oscar smartphone in your cart when it doesn't have a product page?  Pick another phone.  Copy the URL for the "Add to Cart" option from another phone's page.  Paste that URL in your browser window, and change the product ID (pid=) to 38411.  You'll be taken to a page with either the wrong phone or a request you add a plan, but just click "Cart" at this point and you'll see the T-Bolt ready to check out.  Alas, like Hotel California, you can check out any time you like, but you can never leave.