The commercial is hard to figure out, but the spotlight behind the commercial is easy. MetroPCS is releasing a Samsung Galaxy phone on their new 4G LTE network. And to top it all off, Snoop Dogg of all people is sponsoring the phone.

With so much love for the L-T-E, it's so easy being Snoop D-O-Double-G

Snoop Dogg has had a long career of rapping, producing, acting, etc. and he can be considered a well established multi-tasker. This is probably the reason that MetroPCS decided to use his likeness as the face of their new 4G network. Being released is the Samsung Galaxy Indulge on the network, a phone in the Galaxy family but with a 4G kick. 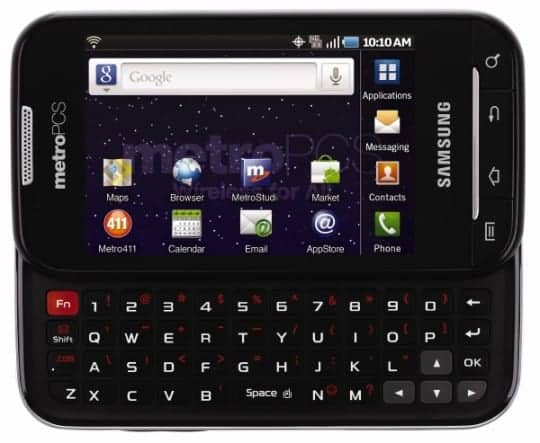 Alongside this phone launch, MetroPCS is offering a raffle, for a pretty sweet prize. The Snoop DoGGGG Indulge contest is giving away 2 tickets to see Snoop Dogg in concert. Included in this package are backstage passes, a meet with Snoop Dogg and 2 Indulge phones.  You can enter at any MetroPCS store; for more info see their contest rules.  More chances to win prizes are at their Facebook Page.

A couple shout-outs are in order after watching this video. First goes to Warren G, an established rapper who first appeared around the time that Snoop Dogg had his first hit. Warren G is the host of the television show in the video. The other shout out goes to Ted Williams, the voice of the show. Up until a few weeks ago, Mr. Williams was homeless, trying to make ends meet. His smooth radio voice is giving him another shot in the industry, alongside the likes of the great Snoop Dogg and Warren G.

DALLAS, February 23, 2011 /PRNewswire/ – Snoop Dogggg has doubled down on his G's through his new collaboration with MetroPCS to introduce the new Samsung Galaxy Indulgeâ„¢, the world's first commercially available 4G LTE Androidâ„¢ smartphone offered only with 4GLTE service from MetroPCS.

"It feels good to be working with MetroPCS and Samsung for the launch of the Galaxy Indulge. I'm stepping it up to 4G's so my phone can keep up with my demanding, always-connected lifestyle," said Snoop Dogggg.

Fortunately, any consumer can indulge in the 4G lifestyle like Snoop Dogggg because MetroPCS offers 4GLTE smartphone service plans at about half the cost of other carriers' 4G smartphone service plans today. With $50 and $60 plans, including all applicable taxes and regulatory fees, MetroPCS delivers unmatched value with unlimited talk, text and 4GLTE Web page browsing, along with data access to streaming audio, video and gaming content, downloads and Android applications on the Galaxy Indulge.

"Indulge With Snoop Dogggg" Sweepstakes
The superstar's fans can win a rare chance to meet Snoop Dogggg up close and personal by entering the "Indulge with Snoop Dogggg" sweepstakes exclusively at any MetroPCS retail store through March 31 (no purchase necessary to win). One winner will walk away with a VIP trip for two to a Snoop concert this summer, including airfare and incidentals, front-row tickets and backstage passes, as well as two Samsung Galaxy Indulge smartphones with MetroPCS 4GLTE service. More details are available at http://www.metropcs.com/snoop-dogggg-vip-rules.

Video Series
The collaboration also features Snoop Dogggg starring as several characters in the online video series called "The G-Connection," which is based on popular dating game shows from past decades. The videos also feature rapper and producer Warren G, model Brittany Dailey, and the man with the "Golden Voice," Internet sensation Ted Williams. The videos were directed by Estevan Oriol, partner at SA Studios. The first of three episodes premieres today at www.youtube.com/MetroPCS.

Additional Chances to Win
In addition, MetroPCS and Samsung are offering more chances to win autographed Snoop Dogggg gear, Samsung Galaxy Indulge smartphones and MetroPCS 4GLTE service on MetroPCS' Facebook page at www.facebook.com/metropcs (no purchase necessary to win). MetroPCS is also offering prizes through giveaways in many of its home metropolitan area markets, including signed "The Doggumentary" CD's (in stores March 29th).

"We are very excited about teaming up with Snoop Dogggg to show consumers that they can have it all with MetroPCS 4GLTE services and the vast possibilities of the Samsung Galaxy Indulge Android smartphone," said Phil Terry, senior vice president, corporate marketing, MetroPCS. "Snoop is a great match for our brand and appeals to all of our customers, who want the latest high-end Android smartphones with 4G services at the best value."

About the Samsung Galaxy Indulge
Powered by the Android version 2.2 (Froyo) operating system (OS), the Galaxy Indulge delivers quick access to more than 200,000 applications from the Android Marketâ„¢ and complete access to Google Mobile Services, as well as a combination touch screen/QWERTY keyboard, 3 megapixel camera and camcorder with auto-focus, music player, Stereo Bluetooth® capabilities and expandable memory storage up to 32GB. The Samsung Galaxy Indulge costs $399, plus tax, and is available at all MetroPCS stores and online at www.metropcs.com.