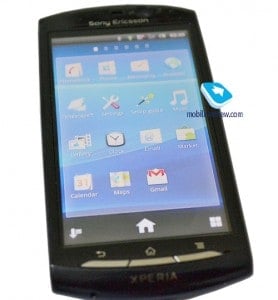 Most likely, Sony Ericsson's Vivaz handsets would not have any next-generation experience. Not only the name is going to fade, but new rumors from inside Sony Ericsson are pointing to the device which was leaked few days back with a new name. It's going to be launched by naming it the Sony Ericsson Xperia Neo. Although it wears some design lines similar to the old Vivaz, the Android technology is expected to be way ahead compared to its predecessor.

The device is expected to be disclosed at Mobile World Congress in Barcelona. This means that it would be showcased alongside  SE's Xperia Arc and yet-to-be-announced Xperia Play, among Sony Ericsson's fleet of smartphones. For more images of the Xperia Neo, check here.