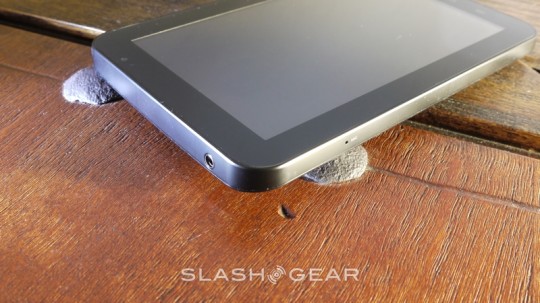 Anyone in the market for a new tablet?  You may want to hold off for another week or so according to rumors.  Mobile World Congress 2011 is right around the corner, and as usual with a big Mobile event, rumors they are a-flyin'!  One of which is that Samsung will release a new 10.1 inch tablet running Android OS 3.0 (Honeycomb) out of the box.

The device is supposedly coming in black, is slimmer and lighter than the Galaxy Tab, and will be in direct competition with the Moto Xoom, and iPad.  One bit of speculation is that the 10 inch Tab will come with a dual core Qualcomm processor as well as an 8 megapixel rear-facing camera.

As far as tablets go, not sure if big is always better as far as a portability standpoint, but if size really doesn't matter to you then this may be just the tablet you're looking for.  Definitely worth waiting a week to find out, and as we've seen with the Samsung Galaxy phone series, Samsung is IN the game.  So, hang on to your hats, and keep an eye on what comes out of the Mobile World Congress (MWC).