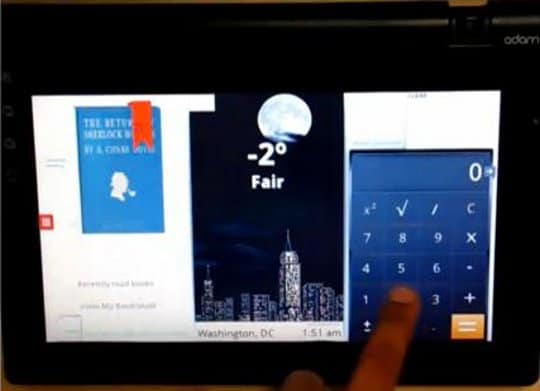 The Notion Ink Adam was one of the most talked-up, eagerly-awaited devices of 2010.  Unfortunately, Notion Ink has had a lot of trouble getting the product to market.  There were pre-order issues, credit card issues, hardware defects, shipping delays, update bricking, and probably other problems that I have forgotten.

I actually pre-ordered on day 1.  My shipping got delayed from January 9 to January 15-22 to January 29 to February 14.  In the meantime, I have been watching and reading reviews.  A lot of them were not so nice, but I understand the risks of being an early adopter.  The website Notion Ink Fan has a couple videos up showing some software issues and how Notion Ink has fixed them in software updates.  I am still really excited about receiving my Adam (less than 10 days maybe…).

If you missed out on the first pre-order, the second one is now underway.  At the start, this pre-order is by invite only, for people who showed support for the Adam, but have not yet gotten to order.  The pre-order will go public on February 11 at 11:55 India Standard Time.  I would not personally rely on Notion Ink for being on time, as they have not been so good at that as of yet.  The date may not be exact, but it is coming soon!

Notion Ink states that there will be several more software updates soon, including many new apps.  It seems that Genesis, the Adam content/apps store will be live soon.  They also mentioned that they are going to skip Gingerbread (Android 2.3) and go right to Android 3.0, Honeycomb.  Currently, the Adam runs a hybrid between Froyo 2.2 and Gingerbread.

If you are interested in taking part in round 2, Rohan Shravan, CEO for Notion Ink, suggests calling your bank to authorize this purchase first.  This is because a lot of people had trouble with the first pre-order because automated systems assumed that this big purchase was fraud.