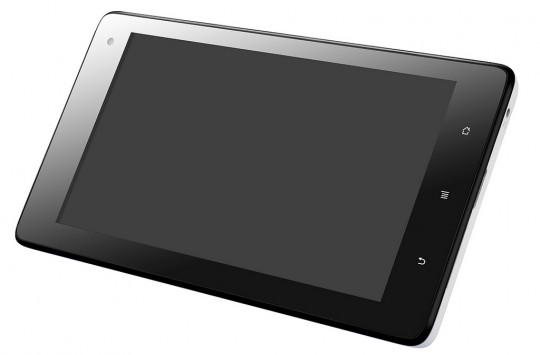 Mobile World Congress is getting yet another tablet contender, the S7 Slim from Huawei.

Announced via their twitter account @HuaweiDevice, Huawei tweeted that the "IDEOS brand expands to include tablets" with a planned launch for the S7 Slim at MWC. No details about pricing or specs were included in the announcement, so it looks like we'll be playing the waiting game until the big show.

Huawei was nice enough however to include a few shots of the tablet that you can check out in the gallery below. It looks nice, sleek, and clean, but will it have the power we've come to expect? Next week we'll have the answers straight from Barcelona. Stay tuned.