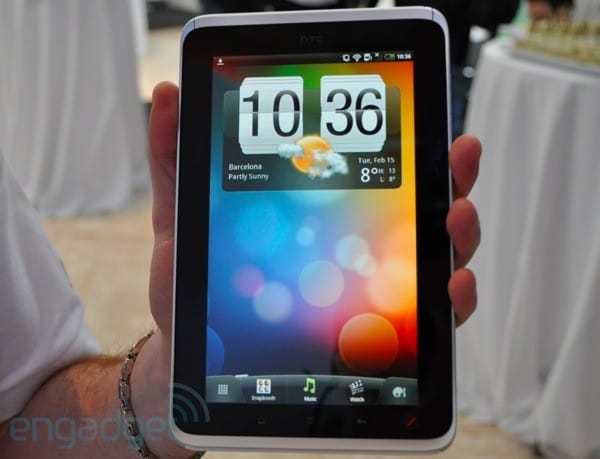 HTC is officially entering the tablet arena with the 7" Flyer. Does it have what it takes in this ever increasingly competitive market with the abundance of credible options being released? Its coming to the fight loaded with a 1.5GHz single-core CPU, 1GB of RAM plus 32GB of flash storage all wrapped up in an attractive aluminum unibody construction, featuring a 7" 1024 x 600 resolution display. Its running a tablet optimized Sense UI and shockingly is equipped with a pressure sensitive stylus.

The HTC Scribe codename that has been floating around turns out not to be the name of the tablet but a reference to its one of a kind  "groundbreaking pen experience." It features a 5 megapixel camera on back paired with a 1.3 megapixel video camera up front, and a 4000mAh battery. To go along with the impressive 32GB of on-board storage you also have the option to install a 32GB micro-SD card giving room for hours upon hours of multimedia enjoyment. 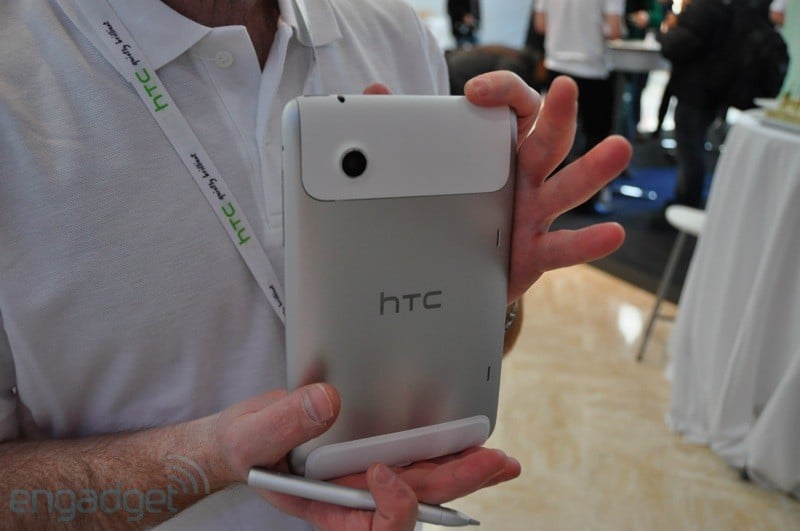 It was seems an odd choice HTC is shipping the tablet in Q2 with Android 2.4, which is stated as indistinguishable from Android 2.3 Gingerbread. We are told not to worry about the lack of Honeycomb because the brand new version of Sense will be the main focal point from a software perspective. HTC has taken the stance that their Sense UI is more important than the underlying OS version, and went with 2.4 because they did not have enough time to develop a Sense version of Honeycomb. I'll leave it up to you to agree with that decision or not.

One major software enhancement HTC has up its sleeve is the Onlive Cloud Gaming Service witch runs on a server and not the actual device, however it should deliver stellar performance. Their Saffron Digital acquisition is going to be the tablets version of a media hub for movie streaming and downloading. 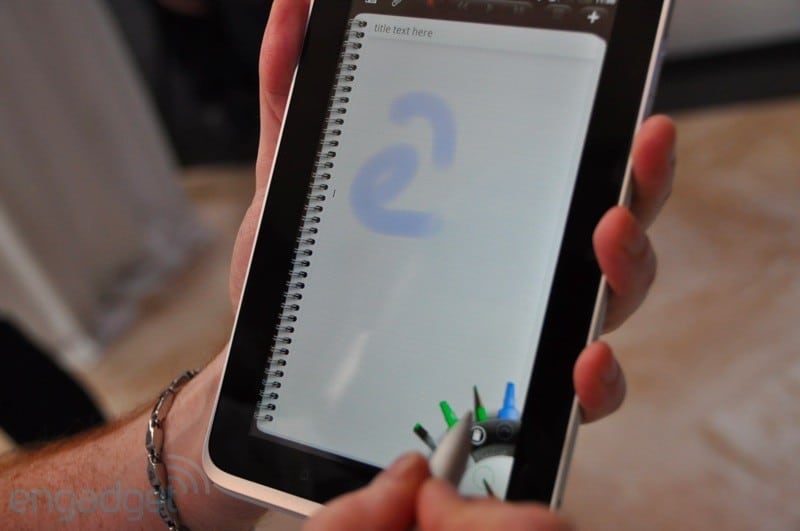 The HTC Flyer is a very capable tablet and features the fastest clock speed at 1.5 Ghz of any Android device. That speed does come at the cost of some additional weight, but it definitely is not a deal breaker. I could see this tablet with its note taking and recording abilities as a great tool for class or meetings, combine that with the ONLive gaming experience and it is a worthwhile device that sets itself apart in the crowded tablet arena. What are you impressions of the Flyer?