HTC Splattered All Over Conference, Pushed Out of Dual Core Plane by Their Exclusive Provider

A funny thing happened on the way to Mobile World Congress 2011: 2010’s best mobile phone manufacturer got caught taking a siesta right before Barcelona.  All the other major mobile manufacturers duly announced dual core devices arriving within a few months.  HTC, winner of MWC 2011’s Best Device Manufacturer award, showcased… the Salsa and the Chacha?  Minor updates to last year’s phones?  What the heck happened?  This isn’t what we would expect from the ninth strongest mobile brand, period, in the entire world.

After HTC’s knockout 2010, we would have expected more impressive things from the Taiwan-based electronics giant.  But their announced new line was so unimpressive, underwhelmed isn’t quite the right word to describe our reaction.  This wasn’t just meh, this was Sony Ericsson-level unpreparedness (and speaking of Sony Ericsson, they had some intriguing devices this year).

There’s a reason this happened, and I can sum it up in one word.  I listed those 2010 hit phones above.  Let’s go through all their 2010 phones again, but organize them a little.  Here are HTC’s Android smartphones, this time based on what chipset they run.  You’re going to detect a theme very quickly.

Have you noticed the pattern yet?  No?  Here’s HTC’s announced line for 2011, again by chipset.  Phones announced at Mobile World Congress are marked with an asterisk, so they’re hot off the PowerPoint projectors.

Wow, the MWC phones are bordering on tedium, aren’t they?  They’re using the same chipsets as last year.  These aren’t smartphones that launched this month, these are phones that announced this month.  Yes, the Inspire 4G is here, and the Thunderbolt is coming any day (well, as far as the Thunderbolt is concerned, I’ll believe it when I see it), but why is the Best Mobile Device company announcing phones with second generation Snapdragon chipsets?  Why are they announcing a 7 inch tabletwith a single core for a rumored thousand dollars, and expecting it to compete against the dual core XOOM or G-Slate, or the single core Galaxy Tab that’s available right now, all in the $700 range?

Remember I said there was one word that described HTC’s problem?  That word is Qualcomm. 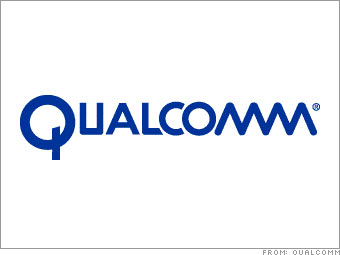 HTC has hitched their wagon to Qualcomm’s vehicles, and they’re now being dragged along very slowly into a ditch.  NVIDIA was first to market with their dual core Tegra 2, and several manufacturers announced dual core smartphones using them.  Motorola’s Atrix 4G and DROID Bionic will be seeing double, as will their XOOM tablet.  LG is using the same chipset with their Optimus 2X and the Optimus Pad/T-Mobile G-Slate tablets.  LG really hedged their bets by also going dual core with the Optimus 3D smartphone, only this time they used Texas Instruments OMAP 4430.  Samsung used their own Exynos 4210 (Orion) dual core processor for their just-announced Galaxy S II and Galaxy Tab 10.1 tablet, although they admitted they will use the Tegra 2 in some regions.

HTC does have a dual core smartphone in its future: the T-Mobile Pyramid.  It’s going to run on Qualcomm’s dual core MSM8260 chipset.  But, well, why didn’t they announce it?  Did they think they could take a breather in Barcelona and we’d be happy to go on just rumors of the next phone?  This article from September shows that HTC certainly had plans for dual core phones by now.  (Actually it’s interesting to see all the major phone manufacturers were delayed with dual core.)

No.  HTC’s problem is their chipset provider, Qualcomm, was late with their dual core chipsets, and HTC was stuck because they don’t use anyone else’s.  As we can see by how Barcelona went down for HTC, sticking with one provider of a critical component can completely wipe out your momentum no matter how good last year went.

I hope Qualcomm is giving HTC a spectacular discount for being their exclusive supplier, because this is the sort of thing that could knock the Best Mobile Device Maker out of the lead and turn them into another Dell or Acer or some other firm we just don’t think of when we hear “Android smartphone.”  Maybe the Big Q is going to have to give HTC an exclusive on those upcoming quad core chips… assuming HTC is still interested in designing Android phones when the chips are finally ready.

Let this be a lesson to us all: if you put all your eggs in one basket, you had better keep watching that basket.