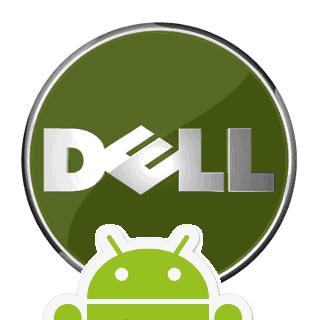 Thanks to a source of site WPCentral, we’re now getting a look at manufacturer Dell’s 2011 roadmaps for both Android smartphones, and Tablets. The info gathered from the maps can’t be verified but we’ll roll with it for now and see how accurate they turn out to be.

Sometime between Q4 and Q1 2012 we’ll be introduced to the Dell Hancock, and the Dell Millennium. The Hancock is described as having a dual-core processor, a 4 inch qHD 960 x 540 display, 8 megapixel camera, 1.3 megapixel front-facing camera, support for 1080p video, and will be running Android Ice Cream OS (no release number given).

The Dell Millennium also seems like it will be showing up roughly somewhere in the same timeframe as the Hancock does. The specs put the Millenium with a dual-core processor, 4.3 inch qHD 960 x 540 display, 8 megapixel camera, with support for 1080p video, VGA front camera, DLNA support, and Android Ice Cream OS.

Along with the projected smartphone releases, we’ve been given a glimpse at a quartet of Android-based Tablets which are scheduled to hit throughout the rest of the year, leading into Q1 2012. Other than the fact that each tablet will run Android Honeycomb, we don’t yet know anything else about what each will offer. They do have some pretty fancy names like Gallo, Silver Oak, Opus One, and Sterling. We’ll add more about these as the info comes available. 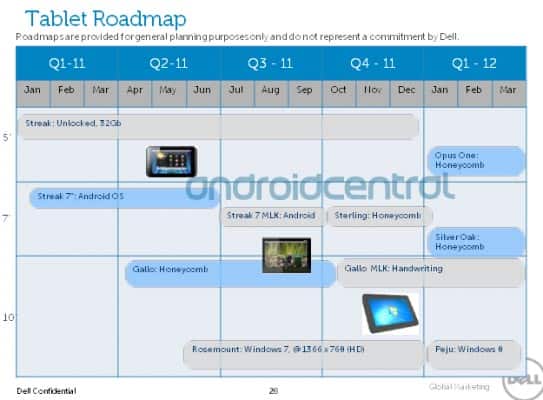