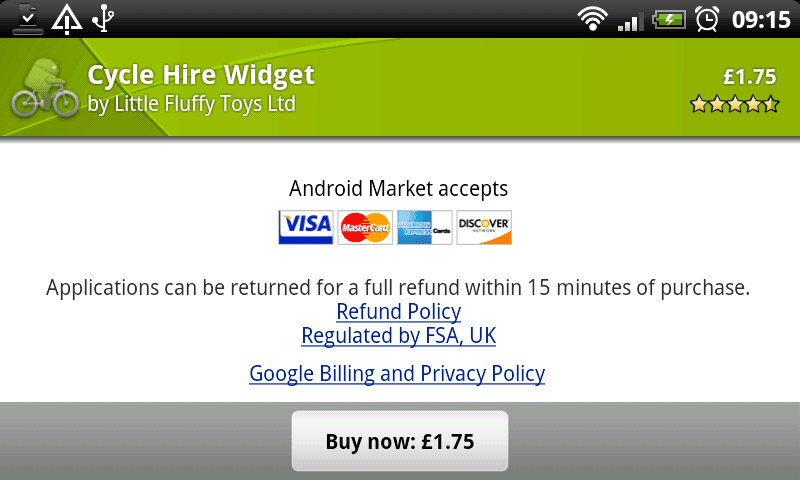 During its Android OS 3.0 (Honeycomb) event, Google announced that it would be bringing in-app purchases to Android. By the end of Q1, developers would be able to access the new revenue stream, which would come in service in five days. The Android in-app purchases would be packing loads of goodies as there will new levels for games, from add-0ns for Farmville to new music tracks for Tap Tap Revenge 4.

Various billing options are available such as MasterCard, Visa and American Express and I believe it would support carrier billing. PayPal and Google Checkout are not shown on the list of options but are most probably going to be supported.  Having this implemented would certainly help to boost the Android Market.

The Android Market consists of more than 200,000 applications and its users purchase fewer applications compared to Apple's App Store. By introducing the official webstore for Android Market, Google hopes to change this shortfall. There are also possibilities where the developers would not earn anything from their applications on Android and therefore, move to Apple iPhone regime irrespective of the number of Android users. The in-app purchases could turn this around or at least be at par with Apple (keeping in mind that they had introduced this facility two years ago). Yesterday, even RIM stated its presence as a competitor by launching in-app purchases in its Blackberry App World. 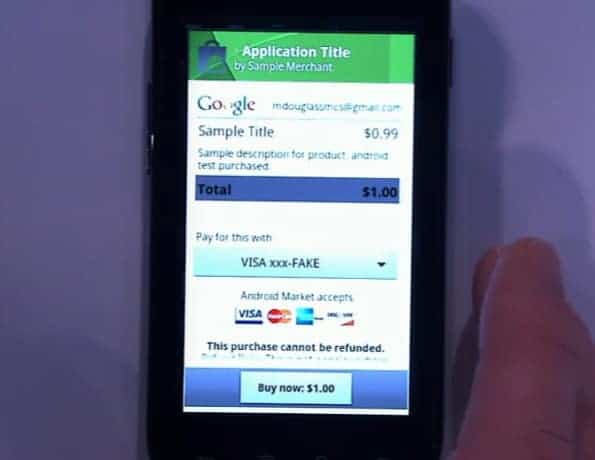 Therefore, in-app purchases are a good thing  for developers to earn revenue, and for users who do not have to worry about downloading new programs and using the application hassle-free. There are many free apps in Android Market that are ad supported. The in-app purchases could benefit those applications by creating a proper revenue stream. All that is left to do now is to wait and watch the number of developers make full use of in-app purchases.  These will be released by the end of the quarter.