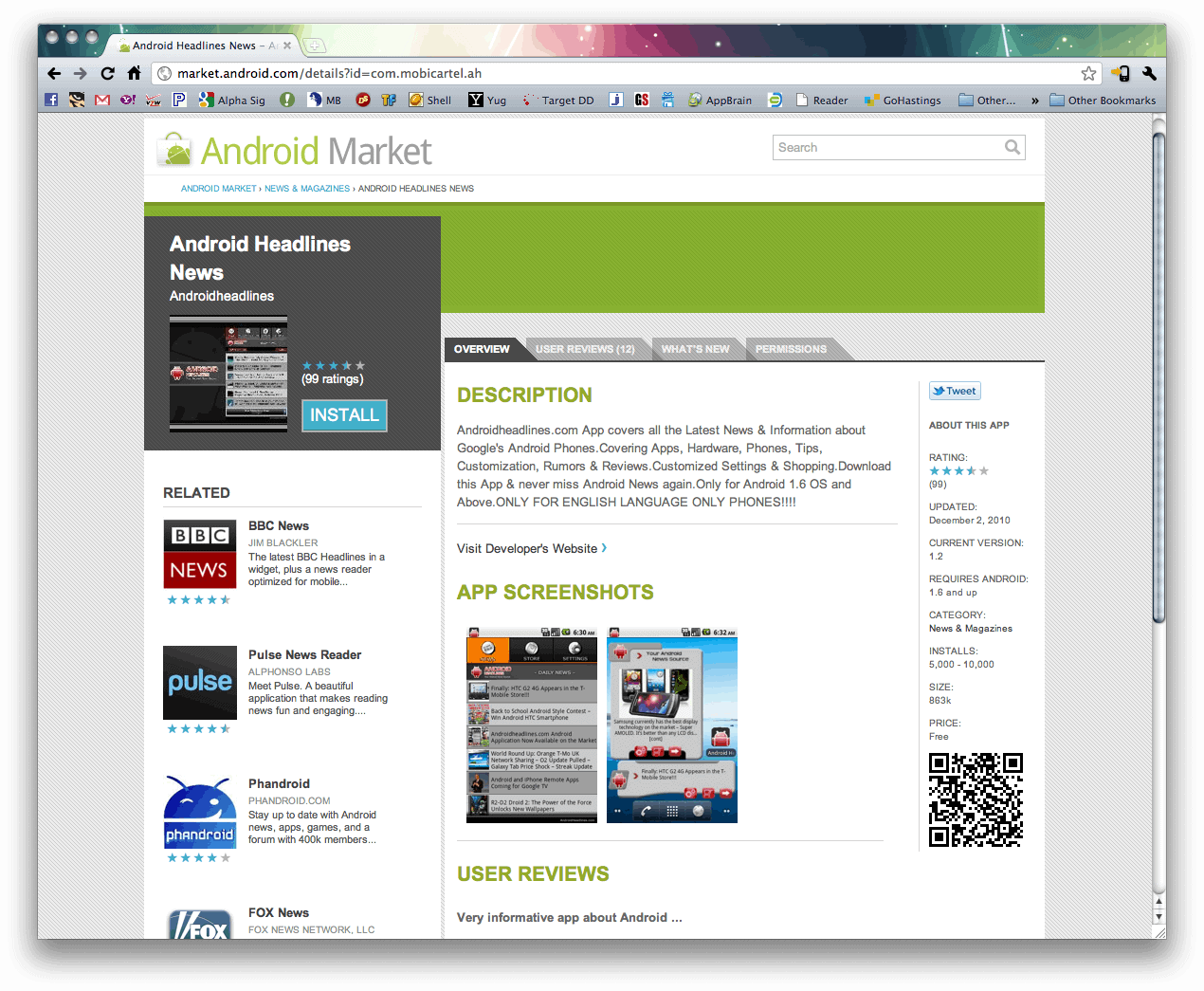 Today, Google held a presentation detailing some much sought after information by reporters and users. The main headline of the event was Honeycomb, but they branched into other areas of Android that were being updated and polished. Possibly the biggest announcement outside of Honeycomb is the fact that now users can access the Android Market from their web browser. This is definitely big news, as plenty of users would rather browse applications from their computer, on the big screen, compared to the relatively small screens on their phones.

Chris Yerga, Android Engineering Director, took time at the event to show off some of the awesome features of the browser version of the Market. Of which included:

But at the time of posting, the "Sign In" link at the top right of the page yields an "Invalid request" page. But the Android Developer Team is aware of the problem and will probably fix the issue soon. In the mean time, browse your heart out!

Update: The log-in problem has been fixed, so have at it! 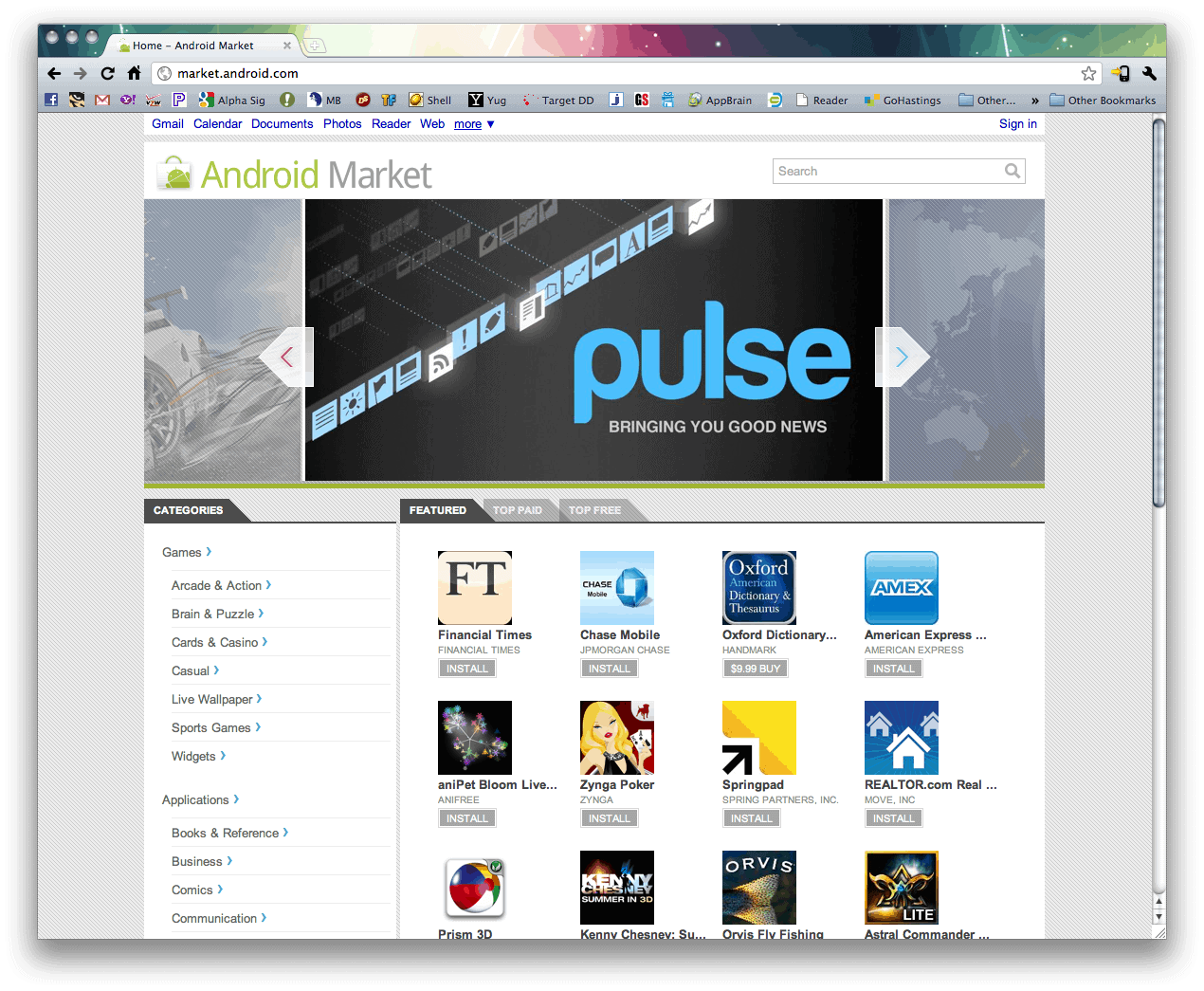 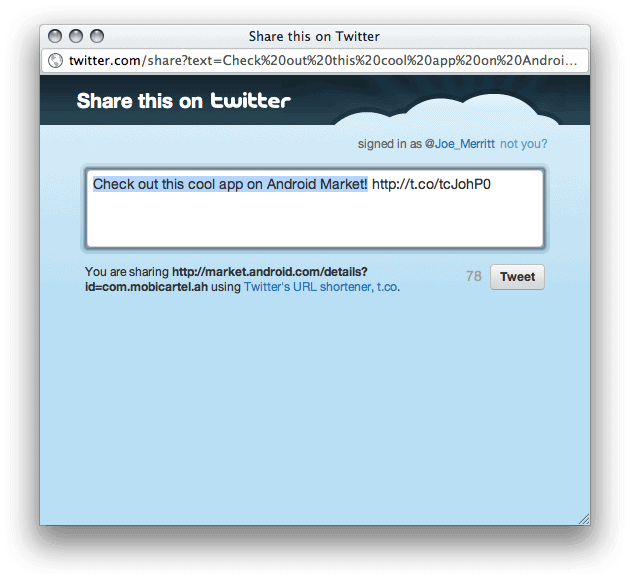