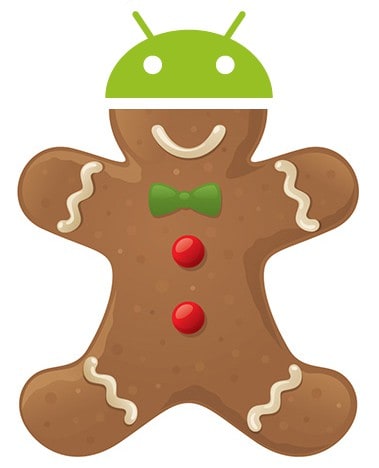 It’s been one of the most talked about, most debated, and most confusing topics in the past few weeks, just exactly when will Android OS 2.3 (Gingerbread) make it to more devices, and what the bleep is Android OS 2.4? Well it seems that we cleared the air on Android 2.4, but now it looks like Android 2.3 is stirring up its own controversy.

As everybody knows, the official Android 2.3 Gingerbread OS has only officially been available on one device, the Nexus S. For the rest of the Android masses stuck on Froyo, it’s been a guessing game when a Gingerbread update would be coming. Now speculation from site AndroidCentral is that the rest of us will never see Android 2.3, with it staying a Nexus S exclusive OS.

Now that we know Android 2.4 OS is still Gingerbread, could it be possible that we should just drop the wait for 2.3 in favor of waiting for Android 2.4? Or we could always  just toss this around as another good rumor to debate until an update, any update, starts hitting our devices. With no signs of life for Android 2.3, Gingerbread 2.4 could be our best bet.

It seems like yesterday that the Nexus S launched and Gingerbread was the talk of the town. Rumors of when we would get our own Gingerbread update were at an all time high. Now it’s nearly March and we’re still sitting around twirling our thumbs, contemplating Android 2.4. Gingerbread, where are you?