Skip to content
Trusted By Millions
Independent, Expert Android News You Can Trust, Since 2010
Publishing More Android Than Anyone Else
10
Today
174
This Week
815
This Month
6747
This Year
124266
All Time 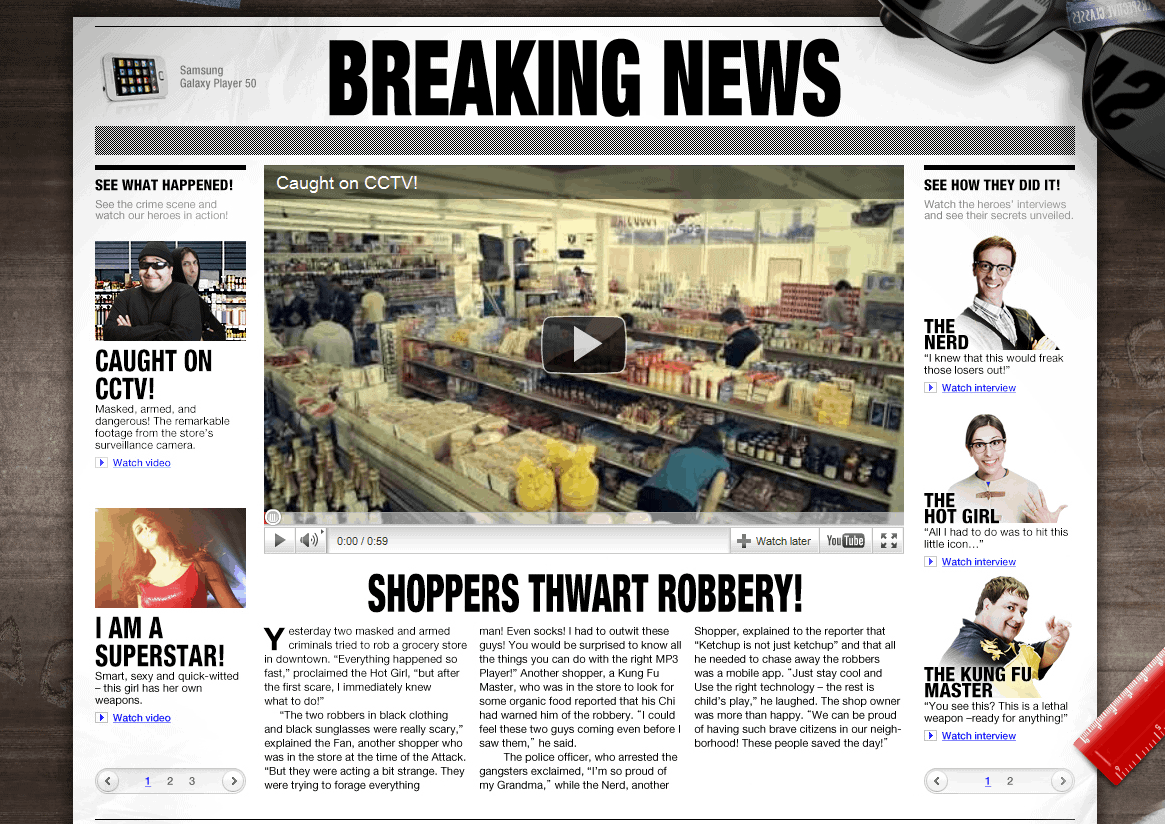 The Samsung Galaxy Player 50 has already been released in the UK and a state-side release is expected. The Player features Android 2.1 (Eclair), 3.2 inch TFT LCD screen, 16 GB of internal storage, microSD slot (up to 32 GB of expandable memory), GPS, Wi-Fi, and a 2 MP camera/video recorder.

Samsung has made a mini-site to promote the Galaxy Player by using videos that involve the Player. The first video introduces us to a pair of would-be robbers at a convenience store where all shoppers just happen to have a Galaxy Player. At the end of the video, you can select either “the fan,” “the nerd,” “the hot girl,” “the kung-fu master,” or “the grandma.” Selecting one of the shoppers brings you to another video where you can see how they thwarted the robbers with their Galaxy Player 50.

Here is the initial video for you to choose your own “adventure” where “heroes are made.”