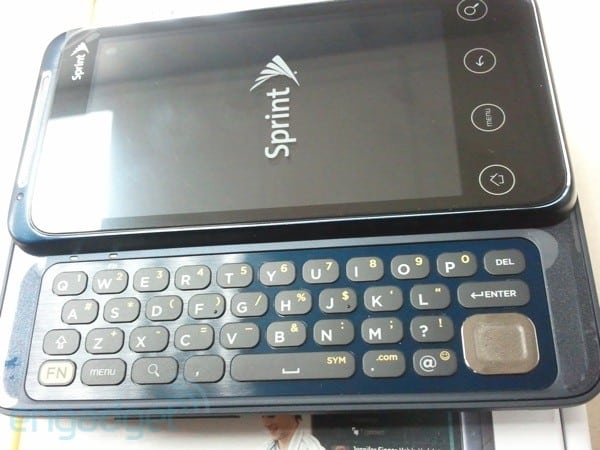 Our friends over at Engaget have gotten their hands on some nice crisp, non blurry cam shots of the soon to be announced HTC EVO Shift 4G.  This phone will be dropping on Sprint and is a QWERTY keyboard equipped version of the EVO 4G.  This phone is coming packing a 3.6″ Capacitive Touch Screen(800×480), 800 MHz Qualcomm processer, 2GB ROM, 512MB RAM,MicroSD slot, Wi-Fi 802.11 b/g/n, GPS, 3G and 4G connectivity, as well as Android 2.2 with the brand new version of HTC Sense.

The phone will also include a 5 megapixel camera (however no front facing camera as rumored), FM radio, proximity and light sensor, and 1500 mAh battery.  The Shift 4G will be competitively priced at $149.99 as long as you sign up for 2 years.  Yes some of the specs are not as good as the Evo 4G but a lot of Android fans are willing to pass them up for access to a typically awesome HTC QWERTY keyboard. Just stay tuned for more news on the phone as CES kicks off.