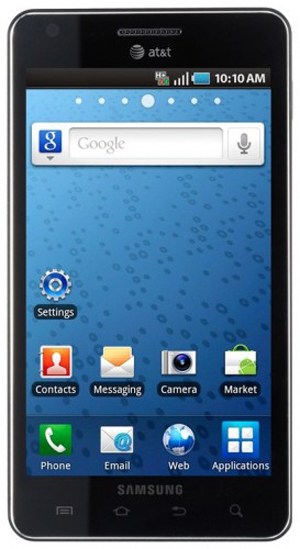 Samsung recently announced the Infuse 4G for AT&T, pictured above, but only AT&T and no other reference to any global phones.  Recently JK Shin, president of Samsung Mobile, went on record to say that a new Galaxy S device will be revealed at Mobile World Congress (MWC).  At MWC in February, we should see a dual-core phone featuring Gingerbread and the fancy, new screen technology shown by Samsung at CES, Super AMOLED Plus.

A new Galaxy Tab lineup has been promised this year and will be detailed at MWC, according to Shin.  Hopefully it will feature a 7 inch version of the new display technology and running Android 3.0 (Honeycomb), optimized for tablets.  It will likely not be in working order, but maybe Samsung will have something to show us.

Either way, Samsung has a lot to announce at MWC – be prepared, be excited, and don’t forget to bring a towel.