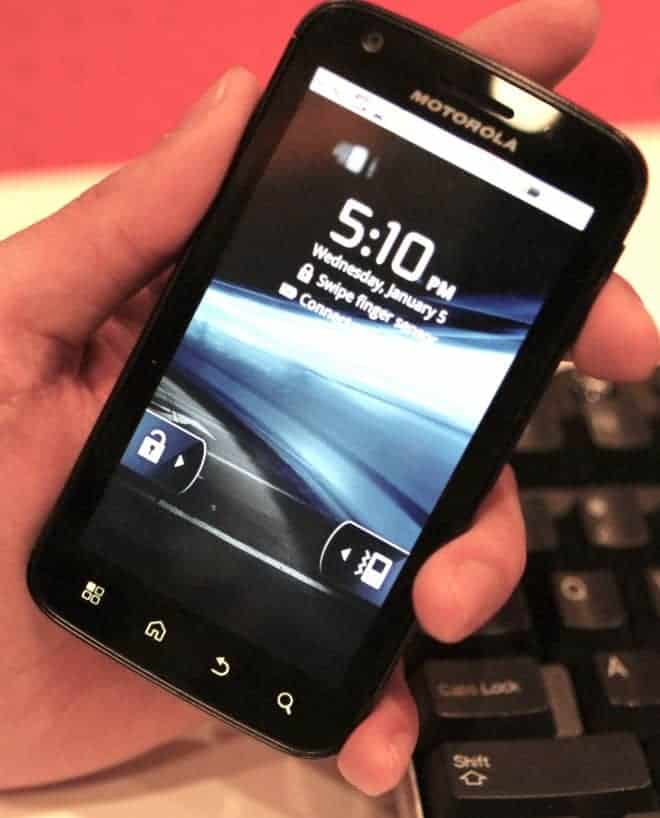 The announcement of the Motorola Atrix 4G at CES was big news for AT&T. The Atrix is a massive device. It comes packing a dual core processor, 1 GB of RAM, 4 inch screen, HSPA+ capabilities, and not to mention the included laptop dock . The only problem was that a release date seemed to be left out. Now, close to a week after the show, a leaked internal AT&T screen might be showing us just when that launch will be.

The screenshot seen below, part of a larger document concerning the Atrix 4G, seems to show the launch date for March 1st. So while this date could be correct, it would be a change from AT&T's normal launch/release schedule for devices. Normally for AT&T, a new device launch happens on a Sunday, not a Tuesday, which happens to be March 1st. It's just a little kink in the rumor, which I'm sure doesn't really matter anyway. The phone will release eventually, but hopefully we'll see that March 1st date realized.