Skip to content
Trusted By Millions
Independent, Expert Android News You Can Trust, Since 2010
Publishing More Android Than Anyone Else
10
Today
10
This Week
248
This Month
5519
This Year
123067
All Time 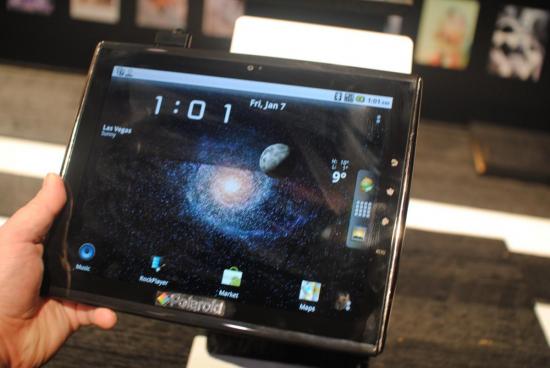 When you hear the name Polaroid you naturally think of film or cameras, but since everyone is getting in on the Android tablet action, Polaroid thought, “what the heck,” and showed up at CES with a 9.7-inch tablet that’s surprisingly not a bad device.

Spec-wise the tablet uses a Core A8 processor that’s clocked at 1GHz with 4GB of internal storage. Android 2.2 (FroYo) is the OS that’s currently installed on the device and there’s a 2-megapixel camera on the back. As you can see from the picture the tablet is very square, which is a curious design decision since most of the other tablets are more rectangular.

No word on when or if this will be released here in the states or what price the device will launch with.

Phil from Android Central got his hands on the device and shot a quick video. Let us know what you think.