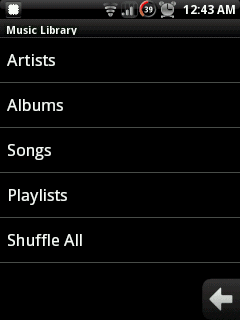 Back in February our friends over at Mobile Burn demoed a pre-release version of a Motorola music app that incorporates several popular applications into one another. A newer version of this program has recently leaked, and it has a handful of useful features! Some of the programs integrated into the music player are;

While it's unknown which phone will legitimately get this software first, XDA has released a version that should work on all Android devices. You can download it here, and a video of the older version of the app is below;