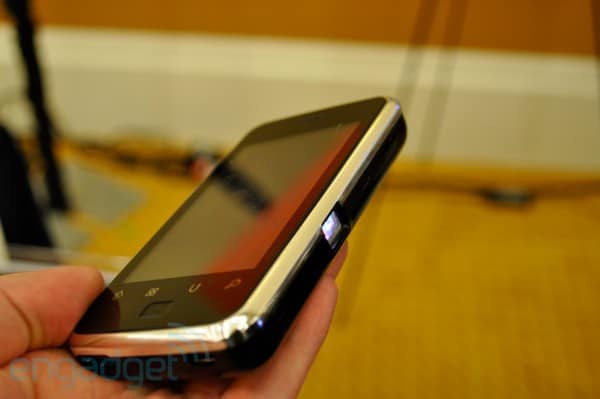 MicroVision is a company well-known for their digital imaging and projection technologies. One of their hot items is the ShowWX+, a pocket-sized device that enables the iPhone, iPad or iPod touch to act as real projector.

According to the folks at Engadget, MicroVision is turning their attention to Android by showing off a prototype mini tablet at CES that includes a built-in projector. Although it looks more like a phone than a tablet, the device boasts some impressive specs.

In addition to being able to project images for presentations, MicroVision says that the device could be perfect for gaming applications.

The device is still in the prototype stage and there’s no word on release date or pricing, but we’ll keep you updated as soon as we get more information.

In the meantime, check out the video and let us know what you think.