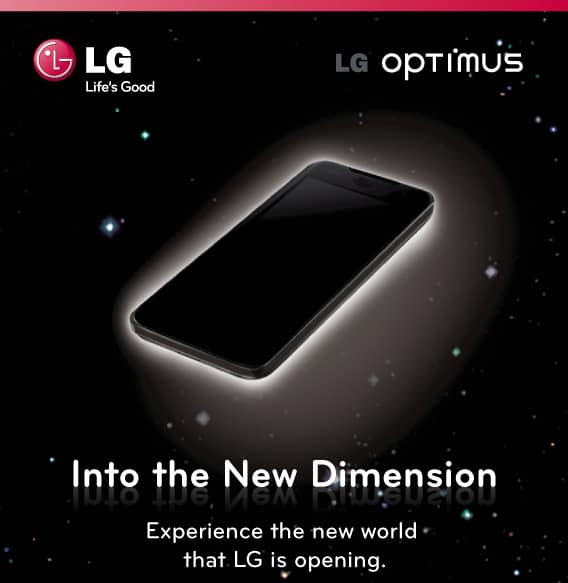 On an invitation from LG for their Mobile World Congress (MWC) it says, "Into the new dimension." Could that mean rumors are true, and we'll soon get a look at 3D smartphones? It sure sounds like that may be exactly what this phrase indicates.

Oh 2011, what an exciting year you are shaping up to be for us tech hungry folks! First it was being called 'the year of the tablet', then 'dual-core processor smartphones', and presto, now we fast forward to glasses-free 3D. Not only are they for the big screen displays, they are now coming to smartphones.

LG already showed off one of the largest (4.3 inch) auto-stereoscopic displays (designed for a mobile device) glasses-free 3D screen at CES 2011. This display uses an applied parallax barrier technology, and features a WVGA 800 x 480 screen resolution. With that in mind, it would certainly make sense that LG's next move would be to show off  the actual smartphone with this display.

The Carphone Warehouse, a European mobile phone retailer kinda slipped a "coming soon" image on their site called LG Optimus 3D. Oops! It's now gone, and I've heard no further details. LG was the first smartphone manufacturer to announce support for the Tegra 2, so I can only assume they will also be first to use Tegra 2 3D. 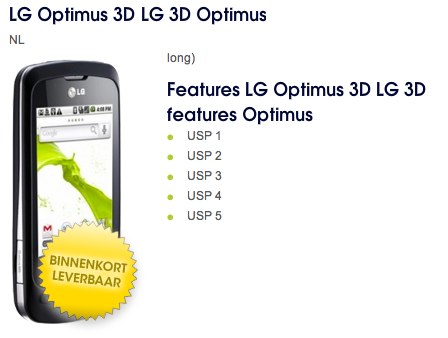 The LG Optimus 3D listing that was removed from Carphone Warehouse.

MWC runs in Barcelona from February 14 to 17. Happy Valentines' Day everyone.

Via: Android and Me