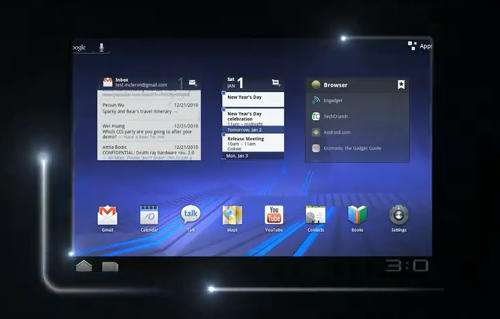 2011 has been pegged as the "Year of the Tablet," more specifically, the Year of the Android Tablet. Now, we have word that another tablet has passed through the hands of the FCC.

This time, it's an LG tablet, labeled the V900, and it included the wireless bands to work on T-Mobile's network. Could this be the G-Slate LG and T-Mobile announced at CES this year? If so, it packs Android 3.0 (Honeycomb), Bluetooth, and 4G connectivity.

Let's hope this is the G-Slate and that we'll get some more details and an announcement on availability soon.