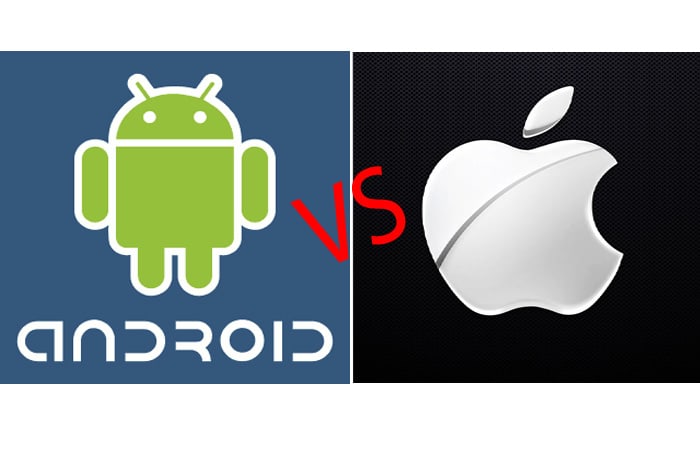 In 2007, Apple reinvented what the smartphone could be and do. Since then, they've created tsunamis through the mobile industry and led to other companies (Google) and manufacturers to create or recreate their mobile OS. Then in 2010, Apple reinvented what the tablet market was to come to after the failings of Microsoft and their partnerships with manufacturers to create tablets over half a decade ago. And again, enter Google and various manufacturers producing tablets to compete with the iPad.

2011 has gotten off to an extremely interesting start with the battle of operating systems between Google and Apple starting within the first 2 weeks of the year. The Consumer Electronics Show brought about numerous Android phones running "4G" on various networks and an Android phone that almost works as a full-scale laptop. Apple finally announced the iPhone for Verizon, which is what many have wanted since day one.

2011 is already shaping up to be another heavy weight fight between these 2 operating systems and their loyal customers. But, let's use this space to list some of the ways Android and iOS have come to deal with different aspects.

Android – Some people like to have more options when looking at phones. This is more important to the consumers looking for basic features without having to buy a high-end device . These people will like Android phones since they have that option.

Apple – With the iPhone, and even the iPad, consumers are limited to what Apple wants you to buy. So for less tech savvy consumers, this can be a little less frightening in terms of having too many choices.

Bottom line – Here, there is no clear winner. It really depends on what the customer wants and how much research into devices they are willing to do before making the decision to buy a new smartphone. But regardless of what they go with, expect to see phenomenal growth with both platforms.

Android – Google has made the Android OS basically completely open. What this means is that carriers and manufacturers are able to do whatever they want to the phones before selling them to the end user. While they mean good, more times than not, these skins and applications they load are resource hogs, slow the phone down, and generally aren't used by consumers. But, that's where the independent hackers and developers come in; and there are a lot of them. Being that Android is an open ecosystem, these developers and hackers develop ways to get around these limitations set in by the carriers/manufacturers through the process of rooting the phone. I won't go into details, but basically this allows users to write into the system of the phone, changing what they want. But, people who have no knowledge on how to write code tend to stay away from this.

Apple – Anyone who reads anything about the mobile industry should know that Apple owns the lock and key to iOS and all of the products running the OS. What this means is that without Apple's approval, applications will not make it through to the App Store. Most of the time it's for a legitimate reason, sometimes it's not. But these restrictions can eliminated through "jailbreaking" the iPhone. This is essentially the same concept as rooting an Android phone, and both will void the warranty.

Bottom line – It seems that there's more of a negative connotation with Apple's closed ecosystem than there is with Android's open one. But in reality, they are both good, it just depends on for who. Someone who likes simplicity and who may not be deeply invested in technology may fair better with an iPhone since it just works. The opposite type of person, those who like to tinker with technology will most likely like Android better. Also, those who want to customize their phone to the world's end will most likely like Android better. But again, there is no clear winner in this category.

Ecosystem Experience – What is meant by this topic is the different experiences people have with the different operating systems.

Android – What might be cited as the number 1 problem with Android is its fragmentation. Today, there are 3 different versions of the OS being sold on new, high-end devices (I won't even bother to count to lower end devices for time's sake). We have ‰clair (2.1), Froyo (2.2), and now Gingerbread (2.3). This can all be very confusing to someone just looking into getting a smartphone for the very first time and these 3 will give different experiences with use as well. Along with having these different versions out, people are getting frustrated over not getting the newest upgrade because the manufacturers and carriers have to update their skins and applications to work with the new OS.

Apple – On the other hand, we have Apple. With their closed system, they are able to control the updates and push them out to all of the phones since they are generally the same (unless you happen to still have a first generation iPhone). This ensures that everyone will get the update and usually in a timely manner.

Bottom line – To say there is no clear winner here depends on who you ask, Apple seems to have the upper hand when in comes to experience. Their closed system provides for a more consistent experience and faster upgrades. Android's openness basically prevents Google from restricting manufacturers/carriers from putting their bloatware on phones, thus making the experiences more inconsistent. But then again, Google has built a loyal fan base through the amount of features and functions they put in their updates.

This is a question a lot of people are asking, and quite frankly, no one can predict what will actually happen. But if 2010 showed us anything, Apple will still lead in the tablet market, as there are no serious competitors just yet (but don't worry, they are coming). Android will still lead in overall market share as they have many more offerings on many more carriers (high-end devices finally heading to AT&T). And Apple will still post the largest profits. But, what's interesting is these numbers won't come at the cost of each other. Android and iOS are quickly eating up market share from all of the other operating systems (Windows Mobile, RIM, Nokia, and Palm) and 2011 will probably show an even more rapid rate of consumption by Android and iOS. But, only time will tell and, in the end, innovation by these two huge operating systems will be beneficial to the consumer as phones get more efficient and prices drop. This is all very exciting indeed!