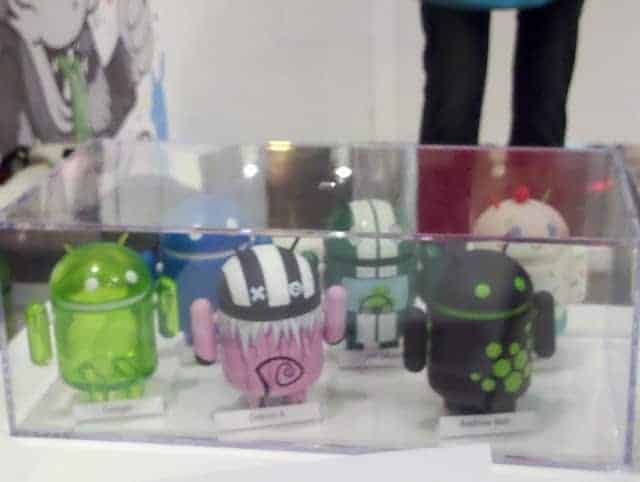 Andrew Bell is an amazing artist who is known in the Android community as the creator of the 3 inch Android figures. The figures are fully sanctioned by Google, and they even use them in press events and in their own display case. On the 27th Andrew Bell had a "Come Draw With Me" event at Kid Robot in NYC where he showed off some of the upcoming figures, drew with fans, signed merch and even had a raffle of some of the rarer figures (which I won)! It was a very fun time and awesome to see some of the figures before most people. Check out the gallery below of some pics from the event!

Advertisement
Trusted By Millions
Independent, Expert Android News You Can Trust, Since 2010
Publishing More Android Than Anyone Else
37
Today
37
This Week
319
This Month
4302
This Year
105779
All Time
Advertisement