While the stock Android keyboard is good enough for many people, there are those who find it lacking in features and usability, which has spelled great news for developers of third-party keyboards.

Next to Swype, one of the more popular alternative keyboards on the Android platform has been Swiftkey, thanks to its Fluency prediction engine, which offers superior next word prediction and error correction.

The makers of Swiftkey, TouchType, have just released an 'HD' update to their popular app that adds support for 5 additional languages, improved text prediction and offers a new 'HD' skin that may be geared toward users of high-resolution phones and tablets.

The 5 new languages included in this update are:

If you haven't tried Swiftkey yet, you can grab a free version in the market that allows for text predictions up to 31 days. After that, you'll have to fork over $3.99 for the full version.

Check it out in the Android market or use the QR code. 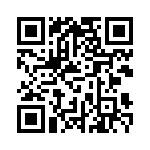 Trusted By Millions
Independent, Expert Android News You Can Trust, Since 2010
Publishing More Android Than Anyone Else
5
Today
182
This Week
517
This Month.
7965
This Year
109437
All Time