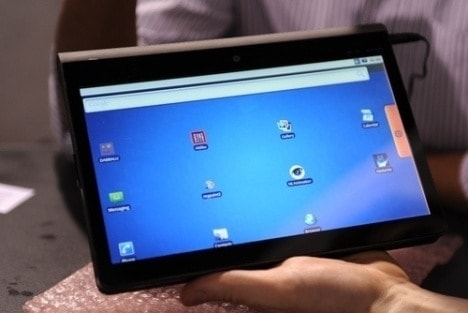 Some people who pre-orderd the Notion Ink Adam tablet are reporting  that their original planned shipping dates have been pushed back. In one instance, a customer who pre-ordered the tablet was told to expect the device to ship on January 6, 2011 only later to find out that the date had been pushed back to between January 15-22.

Notion Ink has owned up to the glitch, stating that calculation errors caused some customers to receive incorrect shipping dates. According to a comment by Notion Ink on Slashgear:

"Prior to December 15th, there was an error in this page due to which the shipping date was being calculated incorrectly. We apologize for the inconvenience. The date shown here is the correct value, which reflects the date shown at the time you ordered. This is our best estimate of the shipping date. The actual date may vary; we will keep you informed in case that happens."

The Notion Ink Adam looks to be one of the premiere Android tablets — having sold out in less than a week — thanks in large part to its 1 GHz Nvidia Tegra 2 Dual-Core Arm Cortex processor with full Flash acceleration and 3D rendering capabilities, and custom version of Android 2.2, dubbed Eden. Other goodies include the screen which tops out at a stunning resolution of 1080p.

In addition to its impressive processing specs and high-res screen, Notion Ink claims that the Adam offers 3-times the battery life of the iPad.