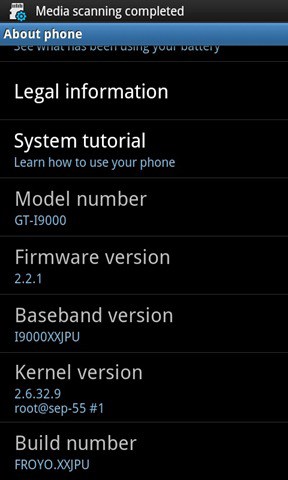 Anyone with a Samsung Galaxy S might find this a little interesting. The great minds from XDA developers have posted on their forum the Android 2.2.1 I9000XXJPU Froyo build, specific to the Galaxy S. It's said to fix plenty of issues that the Galaxy S had with Froyo, making the device faster and lag free. In addition to a lagless device, the new leak also adds various new features and bug fixes including:

Since this is not an official release, there is always the possibility of damage to your device, so proceed at your own risk. One issue already reported with the upgrade is a missing backup/restore to sdcard function. If you're feeling lucky, you can use the download link below to get started or head over to the XDA forums for more info. Good luck.