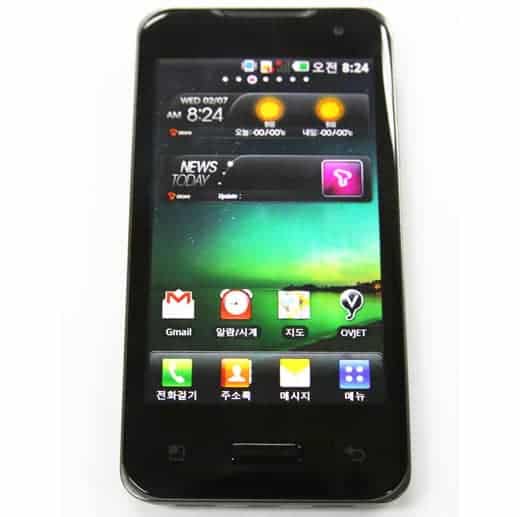 With the shift of future smartphone devices moving to dual-core, or multi-core processors, the race is on to put that first flagship device on the market. To further the intense race that is sure to come, Korean mobile news site Cetizen has stumbled across a few new pics of the LG Star, an Android device that just leaked its way onto the web. They say that the device will be available "sometime soon". The most important detail in the pictures is that South Korean carrier SK Telecom's logo is on the device, meaning that it just might be in the final stages of being released to the public. While this is good news for Korean Android user's, LG isn't the only smartphone manufacturer on the block.

Samsung, who is also based out of Korea, has been working on their own dual-core smartphones slated for release early next year. LG and Samsung are notorious rivals in every area of electronics, it's what they're known for, so a dual-core Android war only makes sense. While Samsung is the largest company of the two, LG is right behind them, and always pushing forward. The latest rumors are that LG will be the first out of the gate in the dual-core arena, presumably with the Star, while Samsung is still only testing devices as of now.