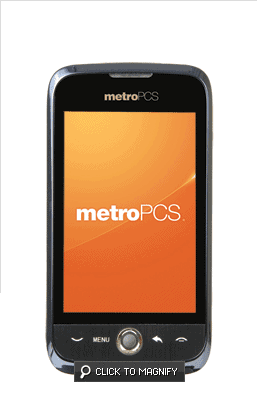 I think it's great when Android phones launch without a contract for less than $200.  This happened recently with Cricket Wireless, and the Huawei Ascend.  This phone was $129 for the full price!  MetroPCS just followed suit and launched the same phone for $179.  It is not the highest spec'ed phone out there, admittedly, being fairly equivalent with the HTC Magic/T-Mobile MyTouch.

The specs are as follows:

Nothing special, but then again it is a fully working, new Android phone for less than $200 without a contract.