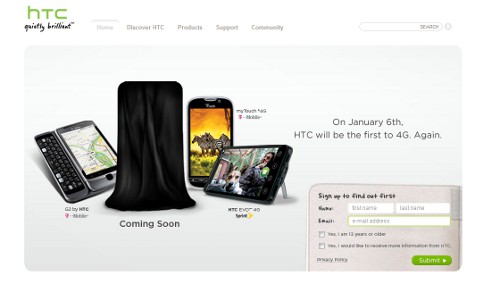 AndroidSPIN has it on good authority from a Verizon source that the new 4G phone from HTC, previously known as the Mecha and the Thunderbolt, will actually be dubbed the Mocha.

HTC's new superphone is rumored to feature a 4G (LTE?) radio, dual-core Snapdragon processor running Android 2.3 at 1.2 GHz and a 4-inch screen. Additionally, the device is said to support storage expansion up to 128 GB on special SDXC cards.

This phone has undergone so many name changes recently that it's tough to keep up. One thing for sure, though, is that it will be officially launched at CES in January and will likely have one of those names (or a completely different one) attached to it.

I personally like Thunderbolt because of how it ties in with some of Verizon's new LTE commercials. What do you prefer?