So the Nexus S is official now, and I am sure some of you out there who are sitting there with your Nexus One or even a Galaxy S phone are wondering to yourself, “is it going to be worth the upgrade to the Nexus S from my current device?”

Well fear not, I am going to give you a quick rundown on all three phones, and then let you make your own decision. Note: for the sake of simplicity I used the international Galaxy S (GT-i9000) as the basis for this article. 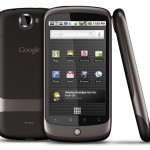 First phone up to bat is going to be the Google Nexus One made by HTC. This phone comes in with a 1GHz Snapdragon Processor, a 3.7″ AMOLED or SLCD screen. 512MB of RAM/ROM, a microSD slot that is expandable up to 32 GB, and it is running Android 2.2.1. It is available for either AT&T or T-Mobile here in the US.

What more can be said about this phone, it is truly the phone that got us to the point we are in Android right now. Yes the sales numbers were not the best with the phone, but maybe that is because this phone is not meant for mass consumption, it was made to push the Android phone market forward and it did just that. Even a year after its release, it is still hanging in there with all the newer phones, and it will be more than likely for a while yet.

The next phone up is the Galaxy S by Samsung. Coming in with a 1GHz Hummingbird processor, 4″ Super AMOLED display, 512MB of RAM, and 16 GB of internal storage. It also has a microSD slot that again is expandable up to 32 GB of extra storage, and the Galaxy S is running Android 2.1. The phone and its variants are available on almost any carrier around the world.

This is probably overall the best selling phone that has come out for Android around the world. It has sold over a million here in the US alone. It comes preloaded with Samsung’s Touchwiz UI, which love it or hate it people are buying like its cool. Yes there have been quite a few highly noted problems with the phone, cough GPS cough. Overall though, it is not a bad phone, and the specs on the phone are truly beastly.

The final phone and also the newest phone up, is the Google Nexus S made by Samsung. The specs on this phone are a 1Ghz Hummingbird processor, 4″ Contour Super AMOLED display, 512MB of RAM, 16 GB of internal storage, no microSD slot, and at launch it will be officially running Android 2.3. The phone is only going to be available for T-Mobile on launch day,

Coming in with basically the same specs as the Galaxy S, which I am sure Samsung does not want you to hear. This phone is going to be the successor to the Nexus One, sure a cool thing was added to the phone like Near Field Communications (NFC), but that is about it. It is going to be interesting to see how well this phone sells with Google trying a new approach with selling this phone in Best Buy stores on December 16.

Personally, I am going to be sticking with my Nexus One as my daily driver, with a Samsung Vibrant as my backup phone. I really don’t see the point to running out and buying a phone the day it comes out. Now it is your turn, do you think that the specs of the Nexus S are good enough for you to leave your current phone? Make sure to sound off in the comments section below.