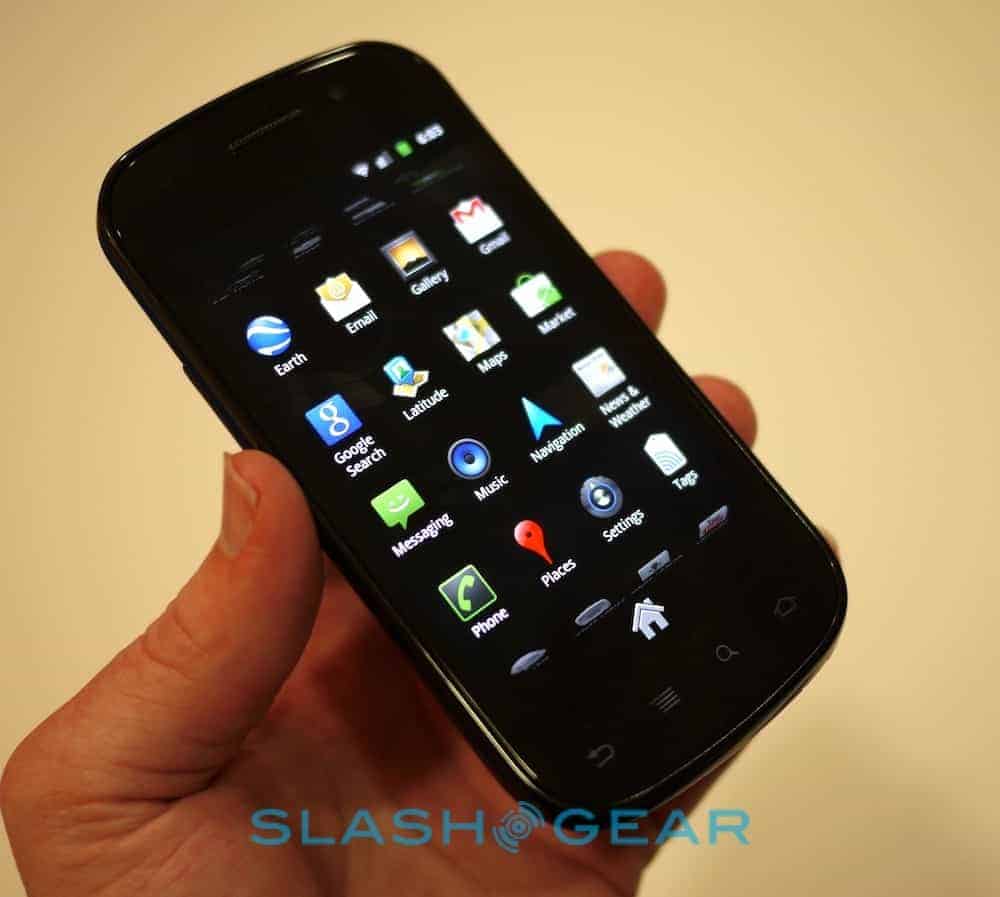 We've all been waiting for the Samsung Nexus S, some patiently and others not so much. It's time to burn green with envy because the folks over at Slashgear, got to have some hands-on one-on-one time with the new baby.

The report is in, and so far so good!  The Nexus S has styling that is reminiscent of a Galaxy S,, but is still somehow new and refreshing.  The big difference is that new, curved Contour display, and that feels good, allowing "a tactile swoop that follows the arc of your thumb as you move it down the display."  The other change with the Galaxy S is the location of the microUSB and headphone jacks; they have moved from the top of the Galaxy S to the bottom of the Nexus S.  Oddly enough, there is no expansion microSD slot, Google deciding to cap your capacity at 16 GB of built-in storage.  This is the first Android phone that I am aware of that is not expandable, which to  me seems a step back rather than forward.

When the Galaxy S first debuted with its 1 GHz Hummingbird processor, there was a bit of a lag issue.  It seems that this was due to the type of filesystem that Samsung chose to use for apps.  There have been fixes from a number of hackers including the One Click Lag Fix and Voodoo.  A few weeks ago, there were rumors that testers did not like the single-core version of this phone, and that it was delayed so as to allow Samsung to implement a dual-core version.  There  were fears that the Nexus S would have a similar fate as the Galaxy S, and yet it is really fast.  No lag at all.  It seems that Samsung fixed this issue and Google implemented some speed boosters in Android 2.3 Gingerbread.

In addition to the behind-the-scenes fixes, there were also some UI tweaks in Gingerbread.  The stock Android virtual keyboard has bigger keys, and it is apparently easier to type on.  The color scheme is a little different, with a black status bar and more Android green.  Apparently cut/copy/paste got an overhaul, and it is much easier to navigate text fields, even without a trackball.

It's impossible to know about NFC right now.  The problem with any new technology like that is a vicious cycle: manufacturers have to implement it in handsets for credit companies to feel safe implementing it large-scale nationally, and if it isn't available on a large-scale than manufacturers are not going to want to push it.  Fortunately, the cycle can be broken by behemoths like Google.  The fact that Google is pushing this in their own handset, means that other manufacturers will follow suit.

We have no idea how the Gingerbread upgrade will affect current handsets, but right now the Nexus S is the fastest phone in the west.