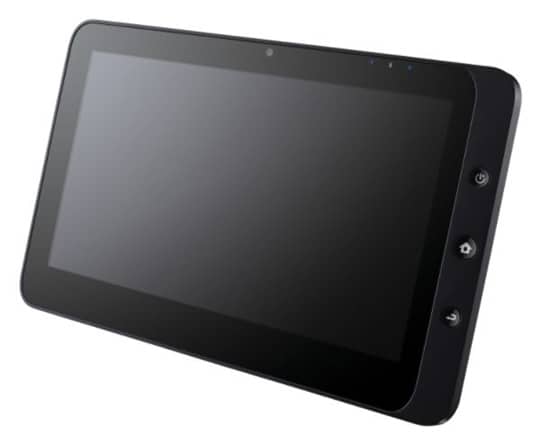 The tablet definitely looks like a competitor to the Samsung Galaxy Tab, as it's 10 inches, so about double the surface of the screen compared to Galaxy Tab, and it comes with a dual core Tegra 2 which should be a lot better if optimized properly. Unfortunately, I'm not sure it has been optimized that much, as it does look like it has a bit of lag in some instances. On the plus side, the battery should last about 10 hours, compared to Galaxy Tab's 6-7 hours of battery life.

Here's a video of the tablet in action: