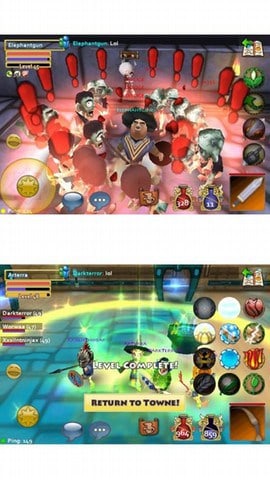 The first 3D MMO video game has just landed in the Android Market. Spacetime Studios has just released Pocket Legends for Android and gives you full user control in a beautifully packaged 3D view. Pocket Legends can even be played on all types of networks, including Edge and is a multi-platform game, becoming the largest mobile MMO game.

If you want to make things even more competitive, you can buy Platinum, the in-game currency that allows you to buy a variety of things including potions, equipment, costumes, enough to make you a powerful player. Payments are made with Google Checkout and Platinum is sold in packages. And although recently released into the Android Market, it has already been downloaded between 50,000 and 250,000 times!