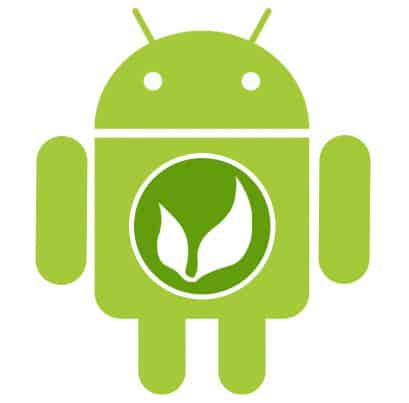 For all you Android gaming fans out there, OpenFeint announced today the release of 8 new games into the Market. Having already churned out massive hits like Fruit Ninja and Mini Squadron, the new titles which many of you will be familiar with, will no doubt see that same success. The latest list of games includes : 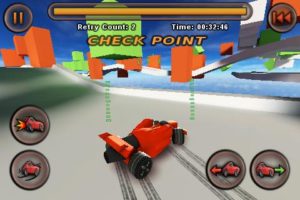 Jet Car Stunts is a unique take on racing games which combines jets, cars, racing, and platforming. Every track presents a platform layout in the sky with some curvy track to race across, and then large gaps to jet across, and even hoops to jump through.

The worlds first ever picnic defence simulator. Fire Nomster at the greedy birds using his hastily constructed catapult & defend your sweet treats down to the last crumb. With 18 mission stages, 4 challenge stages, OpenFeint & a whole cast of cake snaffling birds, Must.Eat.Birds is bursting with goodness 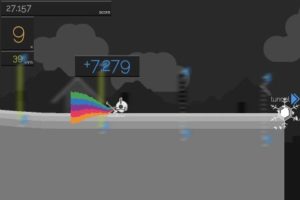 Solipskier is a fast paced skiing game where you draw the slopes to pick up speed and do jumps. Paint your own cliffs, do tricks and slalom through gates to get huge scores! Compete with your friends or worldwide using Open Feint to see who can score the highest.

One of the top-selling video games of all time just got better with the integration of Open Feint leader boards and achievements. Enjoy this long-standing arcade classic in its best version ever! 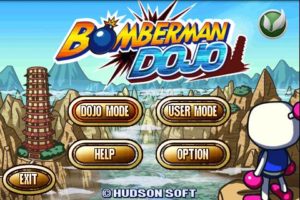 Bomberman Dojo is the classic Bomberman with "Bombal Ranking System" that judges your skills.
Features:
Worldwide Ranking on Ranking Mode.
Make/upload your original map on Edit Mode.
Download/play the maps created by other players on User Mode.

Also available as a free ad-supported game: aTilt 3D Labyrinth Free!
aTilt is a labyrinth maze game with an emphasis on realistic physics, 3D graphics, and a top-notch gaming experience. aTilt includes 258 levels, and you can create and share your own levels online! New: OpenFeint support for high scores and achievements.

Word Mix is an addictive anagram game. Correctly guess the 6 letter word to move on to the next level. Guess more words to add to your score. Similar to Word Warp and Text Twist.
Compare your score with others with Open Feint!

Ernest finds a treasure map and sets out on a treasure hunt to Kilgamore Castle together with his dog Barney.
They overcome many obstacles and make some amazing discoveries on the way.
An Arkanoid-type game with unexpected twists and many levels, integrated with Feint.

Along with the release of these new titles into the Android market, OpenFeint is giving a glimpse into its massive success on the Android OS. They now have users in 176 countries, on over 143 different devices. They have downloads across 6 continents, but are most popular in N. America, Asia, and Europe. With such a wide availability on Android, there have been 8 million game downloads across 1.6 million devices. Crazy numbers for OpenFeint, keep up the good work.

"We love the reception OpenFeint is getting from the Android community and we're just getting started; we have over 300 games currently in development for Android."

It definitely sounds like the Android community has plenty to look forward to from OpenFeint. As for the recent releases, they can be found in the market by searching by name or developer above. Several of the games do have lite versions, while the full versions are priced fairly cheap.