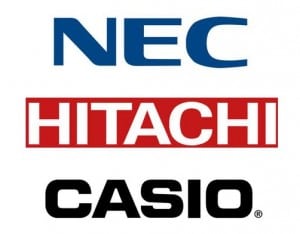 It seems that each and every electronics company that have held out on Android, are starting to see the light, and a much brighter future with an Android OS. Now news is coming that NEC Casio Mobile (made up of NEC, Casio, and Hitachi) have huge plans when it comes to producing new devices running Android in the coming year. Their initial plans start in Japan, but will eventually be a global market. The NEC Casio Mobile CEO Yamasaki said that plans for the company are to sell 12 million devices worldwide by 2012, 50% of those devices being smartphones. Yamasaki also announced that by that time, he sees his company selling 40% of the 12 million handsets in markets outside Japan. As of now no other details about the design or specs of their Android devices have been released, but surely leaks will be plentiful in the coming weeks.