Love Angry Birds? come on, you know you love those flying birds of fun.  Angry Birds is by far one of the Best Games Ever for a mobile device and even better for Android (after all, Android is the best).  So you still have not unlocked all those golden eggs? Stuck at levels that make you wanna pluck feathers out? Tired of me rambling on and on and on? Well….here we go again.

Today, Rovio has released an update to the Angry Birds application that brings 45 new levels as well as various bugfixes, including QVGA video support and support for more Android devices. Yes, yes, you heard me right, you now have 45 more levels to play with, bringing the count up to 195 total levels.

UPDATE: As readers have pointed out, the one frustration of the Angry Birds update is the change in placements of advertisements that are decidedly more in your face than the previous version. UGH!

Android to get Christmas Version of Angry Birds

So what are you waiting for? Head on over to the Android Market and update your Angry Birds application to 1.4.2, and enjoy the 45 new levels. Look for the Christmas Angry Birds version to hit the market in coming weeks as the holiday season approaches.

QR Code:  scan off your monitor with your device 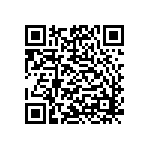