It wasn't too long ago that Facebook received a decent update, adding Places, Groups, and various fixes. Now Facebook for Android is getting yet another upgrade, version 1.4.1, bringing in higher resolution photo uploads, improved Places, and a few more of those bug fixes. Still another update and no Facebook chat, which many users have mentioned as being the one major feature this app needs. Whatever the reason might be, Facebook is holding out. Maybe they're waiting for Gingerbread like the rest of us. If you havent already received the Android market notification, head over and upgrade, or use the QR code below. 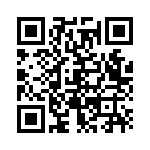