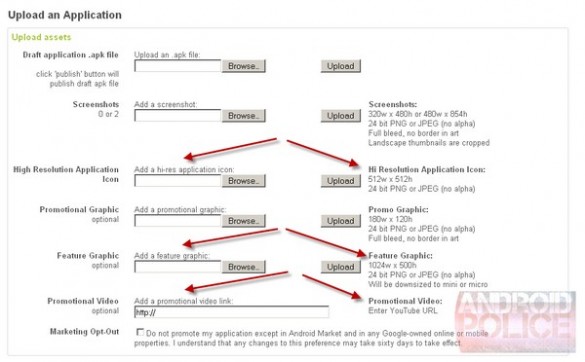 We all know the Android Market could use some improvements here and there, but one of the things that frustrated me from the very beginning is that you couldn't use the Market on the web. I couldn't think of any good reason for that, but I guess Google was just preoccupied with other things at the time, like improving Android itself.

We know that we will soon be able to access the Market online soon, because Google told us so since the I/O this spring. Some of the improvements are already leaking out. It seems that developers will be able to show high-resolution images for their apps and video demos that will show you beforehand what you can do with the app.