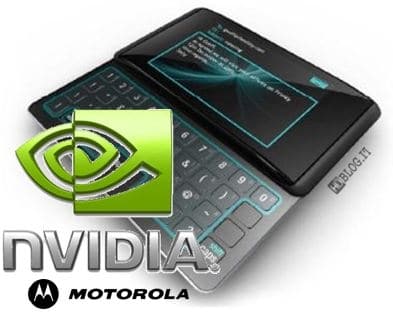 My hat goes off to Talyor Wimberly over at androidandme.com.  After weeks of chasing the story of the Tegra 2 phone by Motorola, he seems to have solid affirmation.  Thanks to Motorola's  air tight NDA's it has been impossible to get anyone to speak a word.

At the Motorola press event tonight my man Taylor got sat right next to Motorola Co-CEO Sanjay Jha. Seizing the opportunity he ask Sanjay about Motorola's relationship with NVIDIA.  He responded that he was good friends with NVIDIA CEO Jen-Hsun Huang and that he was very excited about what they were doing.  Sanjay also warned that newcomers to the mobile industry always have some lessons to learn.

When asked about a release date for an NVIDIA powered device Sanjay answered that there is a small chance that Motorola will release one more phone before Christmas, but the Tegra 2 phone may slip to early 2011.

So, we know that the Tegra 2 phone is real and has a small chance of a Christmas release.  My money is still on next year though.  I seriously doubt Verizon can pull off another major release in two months. especially when the only leaked information is that it has a screen smaller than 4.3".  Verizon has more leaks than a fishing net.  Of course a guy can dream right?