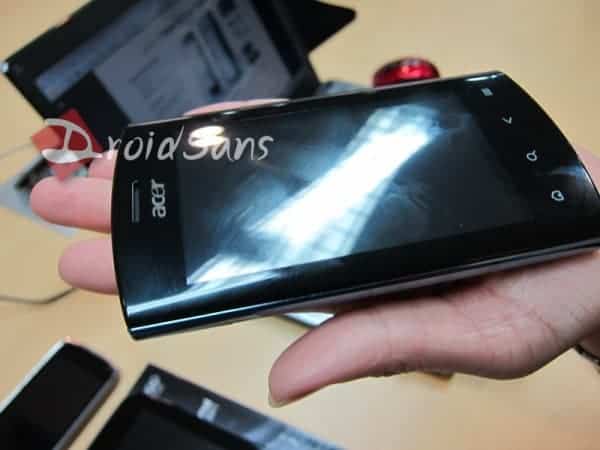 It's not every day we get directed to a Thai Android blog, but if there are leaked photos, we can do spicy hot.

This shot of the Acer Liquid Metal shows the sleek Android offering up close, sharp and personal.  Now all we need is to get to play with it ourselves.  Rumored specs include an 800 MHz processor with a 3.6 inch WVGA screen.

But today you can double your please, as DroidSans also has a photo of Acer's upcoming Android tablet.  Not too much known about it, so for now, just gaze. 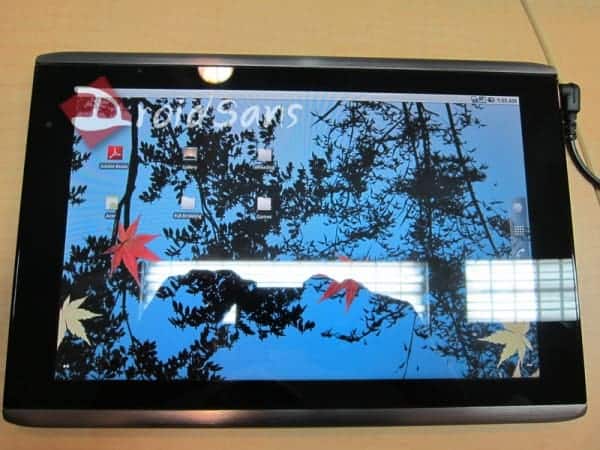 At least this shot isn't blurry like some other leaked pictures we've passed along, but a ruler or even a pencil to give us a sense of scale would have been nice.   And doesn't that wallpaper look the same as the one on the Samsung Galaxy Tab before they announced it?

Besides the Liquid Metal, there was one more Android phone, showing more of a candy bar form factor but no identification whatsoever.  EuroDroid, who passed along the Thai site and photos, didn't think it was worth your while, but I figured you'd want a look.

DroidSans said (via Google Translate), while introducing this "Acer Long" phone, "The person concerned is very beautiful. Do not know how popular it is really taking off what sort behalf of other chan."  What they really said was,  Feel free to comment if you have a better translation as to what this phone could be all about.  Since the article website slug is leak-acer-android-lineup-including-tablet, I'm assuming this new (?) phone was put in there for a reason. 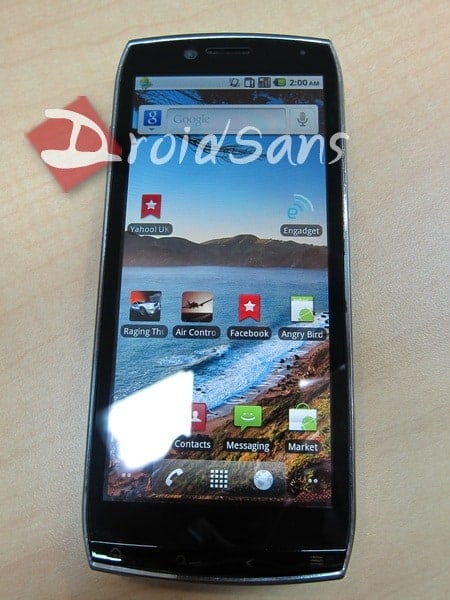 There are two more pictures of the "Acer Long" in the photo gallery below.  Click on any picture to see a larger version.