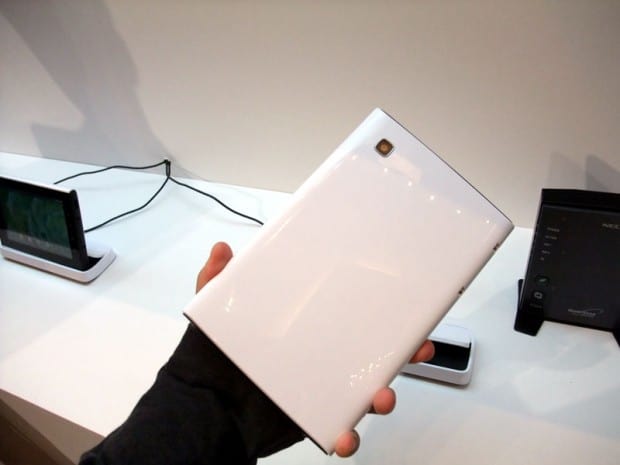 With the much Hyped and Anticipation of the Samsung Galaxy Tab, everyone wants their hands in the pot to create something close to the ¼ber tab that is popping up all over (and soon America). A Japanese mobile Carrier acquired rights to the Tab and sure enough 7 days later they created the  SMT-i900.  This little thing is similar in design, has a 7inch screen, and with 1,024—600 resolution, Bluetooth, 512MB RAM, Wi-Fi 802.11b/g/n, and it'll be running on Android 2.2 Froyo. It will not be suing Touchwiz but Ocean Observation UI, and comes with 4gb (which is nothing) compared to the 16gb and 32gb that comes with many tablets, phones and including The Tab.

So it's very much a knock off indeed, and lacks the elegance of the Samsung and we are unsure of the processor among many other things in the device that is set to launch in Feb 2011 (or sooner), I will be sure to keep a look out for more info and reviews and see just how much it stacks up to what I am dubbing The TAB!, id rather have sleek vs. chunky any day with my devices, but that's just me.

Fist Pump for effort (i guess).