I hope you read our detailed discussion of Gingerbread (the next Android operating system) that came out yesterday, because now we've got some real nibbles from Quentyn Kennemer at Phandroid.  And what's really cool is that many of our speculations fit right in with this first look.  So we'll discuss what seems to be baked-in to this holiday release and then lick some frosting as we note what's confirmed from yesterday's piece.

The Phandroid piece has a photo of a Nexus One running the Big G (below right), and as you can see it's overexposed to the point of almost useless.  But it's a good launch point for the much discussed User Interface Overhaul we speculated about yesterday.

The notification bar is now a "warm slate grey" instead of "milky white."  Carrier branding is a little more pronounced.  There's a lot more Android green added to the mix, but the warm orange is still there.  The Browser and Dialer buttons are now "a standout lime."  Radio buttons and checkboxes have also been redone to fit the new look; think larger, clean and green. 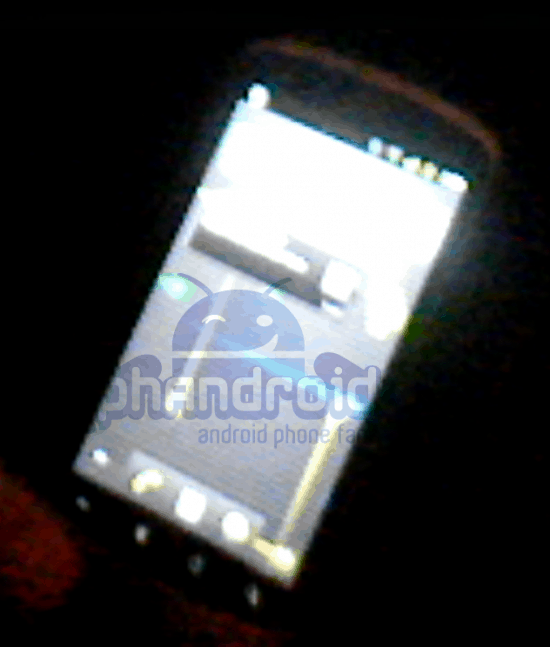 Google's purchase of BumpTop shows up with "bouncy" icons that flex when you scroll, and gently glow when you reach the beginning or end of a list (a visual "touch no more" signal).  And despite the code to implement these new physics, things feel smoother than on earlier OS implementations.  Hardware acceleration, not implemented in Android before, could be helping (it's how iOS works so smoothly).

If you're familiar with Samsung's UI, this new stock Android UI implementation looks a lot more like it.

Phandroid's source (someone working closely with Google) says the goal is for apps to appear more integrated with the new OS instead of tacked on afterthoughts.  In particular, the new YouTube app has been done over by rearranging many of it's elements.  YouTube has a new "Lean Back" site version that launched today, and the new 2.x YouTube app supports it.

Lean Back (photo below) is a more socially networked version of the video site, which runs continuously in full-screen.  It's also tied in with Google TV, which suggested to Phandroid that your smartphone would be the best way to control it on your television.  But you don't need  to control it.  Lean Back suggests you become one with your couch and let the video flow as you sit back and enjoy.  You can save favorite video to a playlist, or share them, or interact with the (ulp) advertisements. 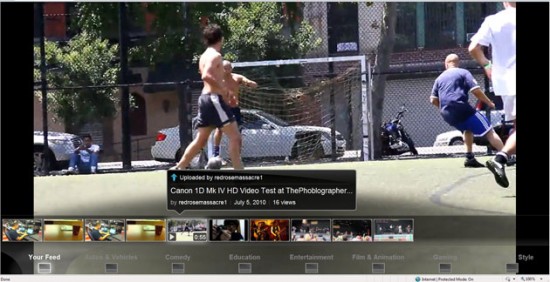 Speaking of video, video chat is going to be in the Gingerbread House as well, thanks to the same engine running it on Google Talk for the desktop.  The tipster says it should be all working by the time Gingerbread is released.

In addition to the much requested video talk support, Session Initiation Protocol (SIP) support should be there for Google Voice.  Yes, WiFi and cellular action for your Google Voice number, meaning VoIP built right in.  But it's not clear if this improvement to Voice will be working in time for the first batch of Gingerbread cookies to hit the shelves, even if the support will be there.

And finally, a little warning that the new OS may not be arriving until Q1 2011.  There's still no word on whether the Gingerbread Software Development Kit shows up this week, either.  Nothing definite either way on whether we'll be enjoying Gingerbread this holiday season.

So, from yesterday's piece now confirmed, UI improvements including Duarte and BumpTop's work, Video Chat, and an aside I made about Google TV but from a completely different direction.  Google Voice and Lean Back weren't even on the radar.  And there's plenty covered there that we still don't know about yet.  Can't wait to find out if the Music Store makes it in.