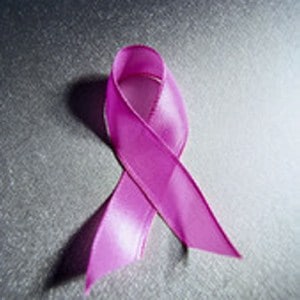 Something really incredible has just happened. You probably already know parts of it. Heck, you might even know most of it. I haven't been able to get it out of my head, I have barely slept. Such an amazing display of caring, of compassion, and of community… I feel it must be written down. It has to be remembered, forever. Take a couple of minutes out of your day, stop everything you are doing, and let me tell you about the single largest grassroots charity event I have ever been witness to, and how it changed everything.

By now, I think I can unfortunately say that you know someone who has dealt with Breast Cancer. Maybe not someone you know, but one of the people you know has someone in their life that has dealt with it. My wife's grandmother recently struggled very painfully, but came out a survivor. It's real, it's deadly, and there are things everyone can do every single day to help. My story doesn't start with Breast Cancer though, my story starts with a family from Florida.

Xiwei (@voiceofid) and Rachel (@yingmama) Ying are android geeks. Like many of us, they have been through a couple of Android handsets, and have done everything from rooting phones to playing with the latest and greatest mods the community has to offer (seriously, I think Xiwei tweets DAILY about flashing a new rom…). They are just plain good people. Xiwei started writing for Absolutely Android, and Rachel decided to follow behind him and fix everyones grammar, punctuation, and spelling. Not too long ago, they decided that when the team got together they needed an identifier, something unique. Rachel is an extremely creative individual, and used that skill to create what we all know now as the Android Beanie.

Now, for that get together. The guys responsible for AndroidSWAG.com, Aaron Kasten (@adroidian) and Jake Southers (@droiddev) and a handful of the Texas Android family decided to create an event unlike any other. They wanted to create an event that compelled Android fans from all over to come. They succeeded beyond their wildest imaginations, as over 500 people gathered in Austin, Texas for the Big Android Barbeque 2010. If you didn't go, it can barely be described further than the single greatest experience of my life, and that you need to do everything you can to attend the next one. Xiwei and Rachel, and many members of Absolutely Android headed to the event, but by now the Android Beanies had drawn so much attention that Rachel brought an additional 25 of them to the event to sell alongside AndroidSWAG, to which you can now purchase them exclusively. The Barbeque raged on for hours, and I thought the beanies were long since sold out. Several drinks in, I headed over to the SWAG table to check in on Aaron's family, who had given up their Sunday to help him out (even though his mom is an iPhone user!). I caught Rachel out of the corner of my eye, placing the last Android Beanie on the table to be sold. Within minutes, @TheDroidGuy had Rachel on stage, auctioning off the beanie, and donating the $130 earned to Cellphones for Soldiers. It was really cool to see that in a live format, and made even cooler when the last Cyanogen edition beanie surfaced, and went to the same cause for $220. I was blown away, but never put another thought to it. Rachel, on the other hand, left the event with a purpose. These things could be auctioned for any charity, anywhere right?

That brings us current, where a week ago yesterday the "@kmobs pink" beanie went on auction alongside a pair of pink sunglasses and some pink earbuds with the promise of being signed by Keyan Mobli (@kmobs) of Team Douche, the guys behind CyanogenMod. The news exploded throughout the community, everything from blog posts on nearly every Android news source, to a broadcast at Radio Android's The Android Show. Last week myself and Aaron Kasten were co-hosting, and I was witness to the Auction going up over $100, then $200, and over $300 while Aaron, Scotty (@Scottyabrown), and myself added to the pot. The very next night, Aaron and I were with Jake Southers and Benji Hertell (@thedudesandroid) for Android Guys Thursday Night. When I woke up the next morning, the Auction has stopped at $405 and stayed there for days. As far as I was concerned, that was already really impressive. Plus, more people reached out to add even more to the pot.

Let's fast forward just a bit to Tuesday night, with Android After Dark. The usual suspects, Matthew (@matthewpatience) and Greg (@pixeladdikt) were attending AndroidTO, leaving Scotty solo. Scotty invited Xiwei, Michael Lipson (@michaellipson) the one man swiss army website knife that he is, and myself to co-host and see if we couldn't get the bid just a bit higher. I will admit to you now, I had my doubts. The show was beyond words. Every few minutes the stakes grew with more donations and the bids climbed higher and higher. Cara Hulett (@thedudestwix) a breast cancer survivor and epic Android lady, came on and shared her story. Then, things hit a fever pitch. The guys from the Android Hosting group TDRevolution.com and Android guru Chris (@wootroot) offered up a month of free hosting and a free MyTouch4g to the person who bid $1,000 on the show. This was immediately compounded by @kmobs, who was now walking through a grocery store in Texas wearing this pink beanie, and an additional donation was made provided he purchase some Lube and a box of Condoms wearing the beanie (we had been drinking…).

Things got more than a little crazy. Before the final bidding, the auction add-ons looked a little like this:

* Brand New Mytouch HD for getting it over 1000! From @tdrevolution

* Solar Charager/3500ma battery to the winner after 500$ from @thedroidguy

* @Cynikaloptimist will donate 2 of his Andy figurines to the bidder

* 1x Pink aviator sunglasses to keep the blinding sun from your eyes!

* 1x Pink ME headphones to keep those beats going on your CM6 device!

* Androidswag.com will also donate an additional $50 to the cause!

* RadioAndroid.net will also donate 10% of the winning bid to the cause!

* AbsolutelyAndroid.com will donate $25 to the cause when the auction reach $500

I was reeling. The outpouring from the community was overwhelming. This would have been enough excitement for me. I could have handled just this, but then, we reached it. $1,000 showed up on the eBay page. The show stopped, and we demanded that the winner come forward and talk to us. The guy's name is John Katzman (@1_fast_tc) and he was nothing but excited to be participating. As the show came to a close, it seemed like we would wake up the next morning to a clear victor, and a ton of money going to Komen for the Cure. However, we did not. I woke to the eBay auction being pulled down, and Xiwei tweeting that Komen for the Cure had asked eBay to pull the auction. Some research lead Xiwei to find that rather that Paypal, MissionFish was supposed to be used, to ensure the amount went straight to Komen without being lost along the way. The Auction was set up again, this time for only a day to allow for everyone to get their bids back in and get it back on track. The winner was still John! I grabbed a brief interview with him after the Auction closed.

SO! What is it you do for a living?

Repair mobile phones, mostly androids. Most repairs are software. I do repair phone screens as well. I do it all.

Wow awesome! Ok, what inspired you to give so much?

It was a combination of things. First, I know people who have had breast cancer who are are in remission, I had a good friend in High School, his mother is still fighting it 10 years later. Second, I like to give, My fiancee Lauren and I decided it was the right thing to do, we some some money to play with and figured this was the best use for it.

Are you excited about the crazy add ons from the community?

I am super excited!!! Although that's not why I did it, but it is a HUGE perk. I love the Android Community for setting up so much

Aside from your upcomming ownership of a MyTouch4G – what's your daily driver?

Nexus One, is there another phone?

Nice – will you switch over to the 4G?

Most likely for a week or so, just to get the feel. Then I will most likely go back to the Nexus one and finally give my fiancee the MTHD, so we can once and for all retire her Cliq

I agree and well deserved!

So, it's over now. Donations are being shipped and the money has been properly allocated. Like I said, it was a crazy ride. In the end, there was nothing but good feelings and high regard for the people involved. This was an incredible thing to have happen all around me. I was, and still am, deeply moved by this group of people. We are so much more than we could imagine as individuals. I could keep on, but I am going to finish with one of my favorite quotes ever.

We've done the impossible, and that makes us mighty!