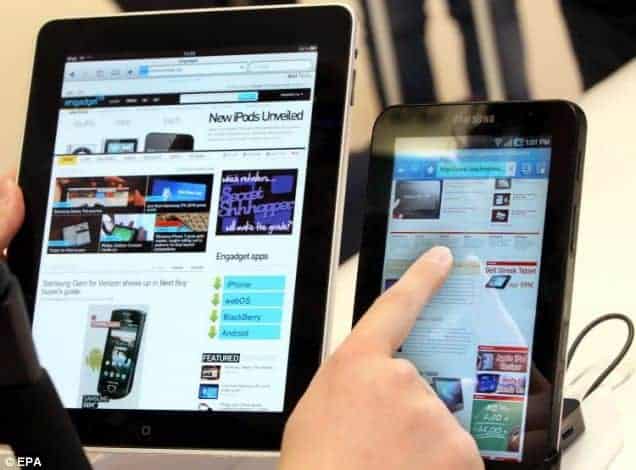 Update: At IFA Samsung has confired the specifications for the Samsung Galaxy Tab

Apple's iPad has really played an instrumental role in igniting a tablet craze and introducing a new era of mobile computing. Until now, the iPad has enjoyed relatively comfortable solo uncontested ride in the tablet space, but with Samsung's introduction of the Galaxy Tab with the Android Operating System, you best believe that's all about to change. The Samsung Galaxy Tab is the first of a massive army of Android-powered tablets in a good position to take on the Apple iPad. Possessing several awesome features that are carelessly missing from Apple's "magical" tablet, the Galaxy Tab and its Android brothers in arms stand to quickly gain ground on the iPad. Samsung has been pushing the Galaxy Tab's full specifications. We've done some investigating about this device and have a pretty good idea what to expect.

The Google Android OS vs. Apple iOS battle is pretty intense in the smart-phone market, with Android scoring some major points as of late against Apple's iPhone mobile operating system. Apple's iOS also powers the iPod Touch and iPad. Beyond hardware, the biggest difference between the Apple iPad and Samsung Galaxy S will inevitably come down to software. When comparing operating Systems keep in mind at the rate of each of their innovation. The Android's OS has come a long way with it  just being on 2.2 and it provides many features just implemented on the latest version of iOS.