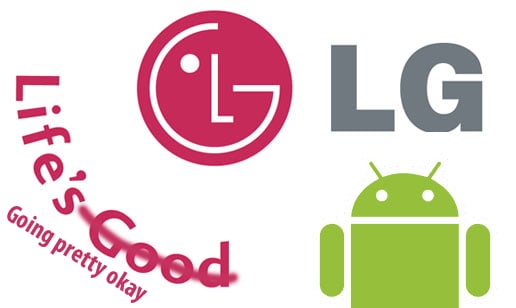 LG is losing its current CEO, because the company is struggling financially and the vision of the company has been a poor one for quite a while. LG has been one of the companies that hasn't taken Android seriously from the beginning and it let other companies like HTC, Motorola, Sony Ericsson, and even Samsung to dominate the smartphone market.

I think the problem with LG  lies in both their leadership but also the company culture. Sometimes it seems like they are making 90% of the products Samsung is making, and that's probably how it is, too. For far too long LG has been a company that always chases Samsung. They need to start thinking for themselves.

LG has kept their proprietary operating systems or they kept using Windows Mobile for too long when the market didn't want it anymore. Now they want to go full ahead with Android and even Windows Phone 7, but they wouldn't be in the terrible financial situation they are now if they would've started sooner.

Another way they can get back to profitability is by making sure that their high-end smartphones can not only compete but even exceed some of their competitor's best products' qualities. LG seems to have a culture of creating high-end smartphones but with cheaper materials and worse design. They need to step those up a notch until they are considered one of the best smartphone manufacturers.