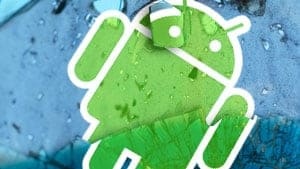 It has been said over and again that Android's biggest strength is their weakness. For being so open, Android allows the manufacturer and even the carriers to make modifications to the OS or hardware–be it disabling a certain feature (AT&T not allowing off-Market apps) or changing default apps (Verizon changing the default search engine to Bing on Samsung Fascinate). Not only do modifications like these take place, but also Google does not have a say so as to what version of Android is used.

Even with the release of 2.1 back in January of this year, manufacturers were still offering phones with 1.6. Even when Android 2.2 for the Nexus One came out, the Dell Streak was released with version 1.6 with a promise to update to 2.2 with Flash support–later on in the year. But the worse fate any phone could truly have, and which could be a major contributor to high percentage of phones under Android 2.1–is the manufacturer discontinuing support on your specific phone.

Fragmentation has been a big issue for developers to wrap their heads around since they have to do a lot of tweaking to make it functional for all versions. Now it seems, they won't be doing that for much longer. According to ZDNet, with more than 70 per cent of customers using Android 2.1 and above, out-dated versions are seeing a dip in users and this could be the beginning of the end. As mentioned before, some customers are stuck at 1.6 and 1.5 due to lack of support or hardware limitations, so the dip in numbers could be from customers upgrading to newer versions.

Now the challenge for developers is no longer different update versions, but completely different devices. IPad opened the door to the tablet market and there isn't a company in sight who is not coming up with the "iPad Killer". Developers must now learn how to deal with an OS that is not optimized to run on a tablet, but rather one that will create apps for the hardware specified. Now is the time to develop an app that will create that "next killer app".