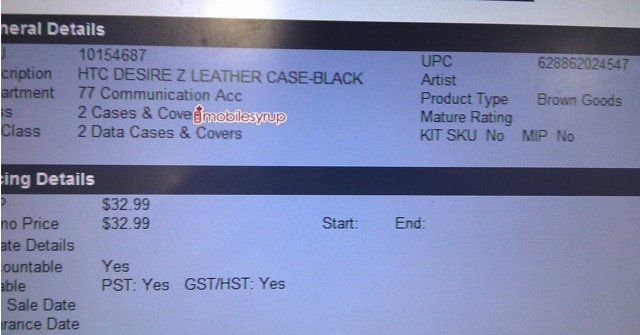 Very soon after HTC is done announcing a couple of new devices do we start seeing accessories for those devices popping up in major retail outlets inventories like Best Buy towns that don't even have the device selling yet. The phone is set to start shipping later this year in the US so this might be the same time that Canada may get their hands on the fantastic device.

With accessories being sold in a major chain such as Best Buy, it is often an indication that the actual product will get a release in the country and with a major phone like this, it will probably be a mainstream release rather then one of those quiet release no one hears about and everyone misses.

The desire is an impressive phone with such features as:

This is a great device and with this info then Canada looks like it is set to be on the Desire Z's soon to be released list.