Verizon just announced the update to 2.2 for the Droid, now they are updating the Devour. It's not 2.1 though. They are adding some goodies and making enhancements. Software version CALAND_X_01.15.10 will provide enhancements and improvements to voice-mail, V Cast video on-demand, and 3G coverage. It will also have City Id preloaded to tell the city/state on the caller id. 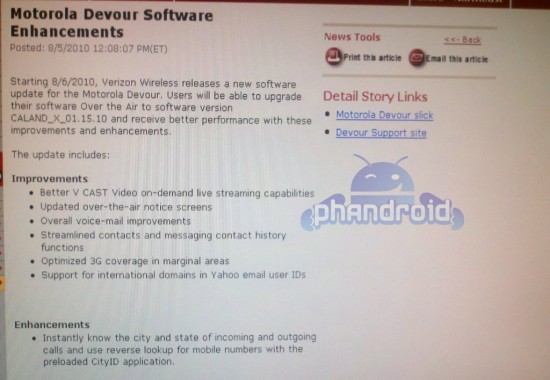 Trusted By Millions
Independent, Expert Android News You Can Trust, Since 2010
Publishing More Android Than Anyone Else
15
Today
15
This Week
389
This Month
389
This Year
101884
All Time
Advertisement