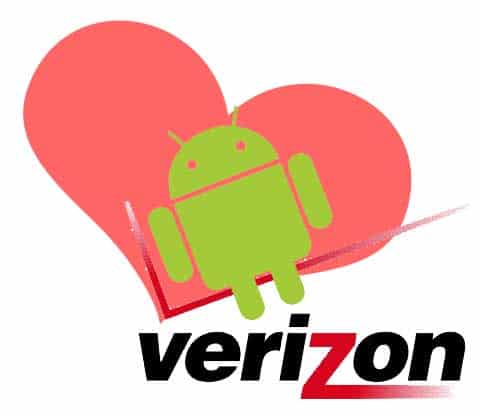 Verizon’s not just going steady with Android.  Verizon wrote it on her locker, announced it on the PA, and got the cheer squad to do a special chant so you’ll know it too.  Everyone will know!

What I’m saying is that Verizon is serious about Android.  When you see this lineup of Android devices that Verizon will be releasing in the coming months, you’ll believe it too.  There are a dozen Android products, give or take,  that will be featured at a Verizon Wireless store near you soon, so let’s go through the line-up.

Phone Arena got all this information from a “trusty source” at Verizon, so we’re just passing the good gossip on to you.  As you know launch dates can slip, manufacturing can have issues, supplies can run tight, and sometimes a carrier just changes her mind.  That said, this dish looks pretty durable.  So here’s what to expect: 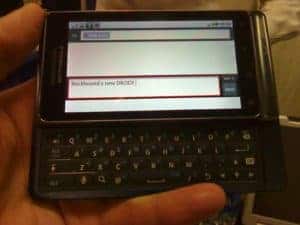 The WE is a DROID 2 with added GSM capability.  Verizon uses CDMA for its network, most of the rest of the world uses GSM.   The DROID 2 WE should be arriving in September, in the usual black, and also will appear in a white version.  Verizon already has the Blackberry Tour that can handle both CDMA and GSM, but this will be their first Android phone to do so.

But just to keep everyone scratching their heads a little, the rumor mill also says the A956 is nothing other than the DROID Pro, due out for the holiday season.  Motorola A956

Tired of all those expensive smartphones Verizon keeps bringing out?  Moto’s Citrus is supposed to be the wallet-friendly alternative.  Think of it as your entry-level Android phone.  No flash, low-resolution camera, small screen (3 inches tops), and a weaker battery (1170mAh).  With Blur, yet.  Motorola WX445 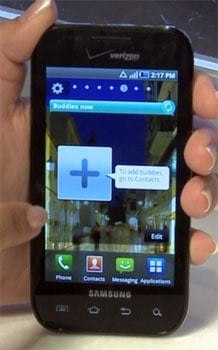 This is Verizon’s take on the Samsung Galaxy S, which was released to all four major US carriers.  Verizon expects an October launch date.  It wears different nametags at the other carriers, known as the Captivate at AT&T, the Vibrant at T-Mobile, and the Epic 4G at Sprint.  The Epic is launching on August 31st and pre-orders are already sold out.

The Capitivate on AT&T started selling on July 18th, while the Vibrant launched on T-Mobile three days later.  No specific word why Verizon is taking longer than its competitors.  Can including Microsoft Bing Maps and Search on an Android phone really add six weeks to development time?

Another Samsung October release, with very little already leaked.  What’s worse, Samsung previously released a Symbian smartphone called the i400 three years ago.  The Samsung with the capital I should be a mid-range Android phone.  Samsung I400. 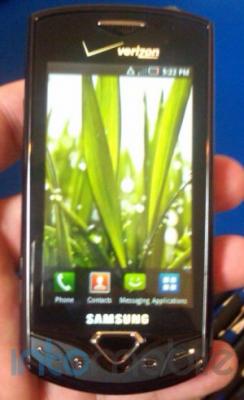 Despite Phone Arena’s “trusty source,” AndroidAndMe says this phone is canceled.   That site and Phone Arena didn’t agree on what the Samsung Gem even was; low-end QWERTY keyboard phone or touchscreen only.  If it is going to be released, it should have Android 2.1.  Unlike the Continuum, there had been some talk about the Gem.  Phone Arena thought it might be one of the lower price Android handsets.  (Hey, has Augen made a phone yet? Just kidding.)  Samsung I100. 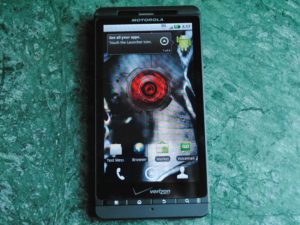 Similar to Moto’s DROID X (pictured above) with the same big 4.3 inch screen, but without the bigger price.  A slower CPU and less resolution in the camera will keep the price in the low hundreds.  Look for it in October.  Would a big screen do well with less power?  We’re going to find out soon.  Any suggestions for a name?  XT610 just doesn’t compare at all with something so tech as DROID X. 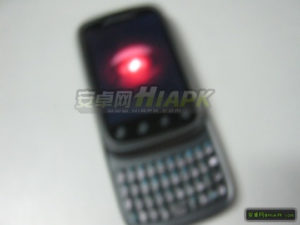 Now here’s a mystery phone.  It might be named the Sick, it might launch in October, it might be the DROID Pro, and it might be a Blackberry wanna-be or a Pretend Palm Pre.  Even the blurry picture adds to the intrigue. Now all it has to do is launch on Halloween and stay in disguise!  Motorola A957

In November, Verizon will launch this dual 10 inch screen e-Book.  One screen’s in color, one isn’t, and it’s running Android (but I can’t find out which release).  Not that it matters that much, you can’t access Android Market.

It’s not just big, it’s thick, as in an inch thick.  It’s now selling on enTourage’s website as a “dual book”, and reviews haven’t been flattering. It’s doing too much so none of them well.  Will Verizon sell it as is or give it a few upgrades before it debuts with Big Red? 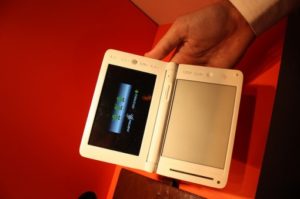 Another possible November launch, but this device isn’t yet for sale and has only (maybe) been seen in prototype form.  It looks like the eDGe (two screens) but half the size.  Both products are powered by Marvell chipsets, and it was Marvell showing off the prototype. 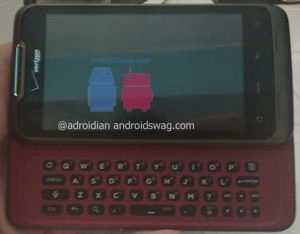 Verizon has been doing well with HTC’s Android line: the Incredible is still sold out and the Eris was another top five phone last quarter among all smartphones.  HTC’s next partnership with Verizon is the Merge, which could be a November launch.  And perhaps it will be another World Phone (GSM-capable), or perhaps there will be a Merge WE.  And perhaps this HTC world phone above is the Merge, and perhaps it isn’t. The pictured phone isn’t supposed to be released until 2011.  HTC ADR6325 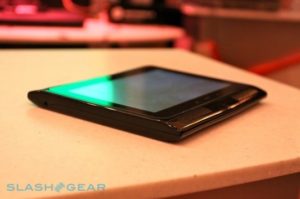 The rumors on Moto’s first Android tablet are all over the place.  November launch, no January, no November!  It might have Android OS 3.0 (Gingerbread), it might be 7 inches, or 10, or somewhere in between.  It might have a dual-core Tegra CPU.  NVIDIA, the Tegra CPU’s builder, says the chip will be in phones and tablets before the year is out.

But if you’ve heard talk about a “Motorola Slab,” well, that’s called the MOTOMZ600 in Verizon’s inventory.  Not clear if the Slab is a tablet or a slate-style smartbook.

It appears that there are 2 different planned Moto Android tablets, and the one pictured above doesn’t seem to be the one planned for the November launch.  Above is a 7 inch tablet planned for Verizon’s 4G service.  Motorola Z600 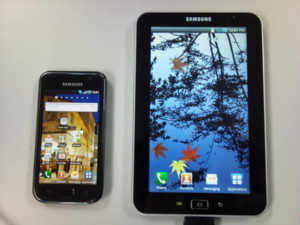 Samsung should also release an Android tablet this year, perhaps as soon as November.  The Galaxy S 7 inch tablet has been much commented on already, but this might be a 10 inch offering.  The rumor mill says it might be called the Samsung Tab (which makes sense) or the Samsung Tape (which really does not).  Samsung I800

Not Mentioned but Certainly In Mind:

The DROID Pro has been the subject of much rumoring, so its absence from this list of Verizon releases was conspicuous.  The rumors said 1.3 MHz CPU, 4 inch screen, and GSM-capable (or world-roaming).  This could be explained if the DROID Pro and the Sick are the same device; that is, unless the DROID Pro is actually the DROID 2 WE.

Motorola’s mobile division’s CEO suggested in June that they would release a 2 GHz Android device by the end of 2010.  Sanjay Jha made these remarks in the context of mobile computers dying out within 2 years, and being replaced by smartphones that can do essentially the same tasks.  Another Moto executive said this unnamed powerhouse would incorporate pretty much anything that could be done in a smartphone today.  Can’t wait!

Here’s the summary of Verizon’s Android offerings by estimated month:

Phone Arena has the full list of expected Verizon releases, with plenty of non-Android devices I doubt you are interested in.

And here is the summary by manufacturer:

This is an amazing set of Android releases for just the next 3-5 months.  And in 2011, Verizon Wireless will be starting up their 4G network, with phones to follow that can use it.

And Phone Arena?  I hope you meant you got this great info from a trusted source.  Trustys are found in prisons.

Sources: Phone Arena, Android and Me