Digital Trends has a nice feature comparing all the Samsung Galaxy S smartphones, spec by spec.  The four large US carriers each are selling their own flavor of the Galaxy S.  AT&T’s Samsung Captivate and T-Mobile’s Samsung Vibrant were launched in July.  Sprint sold out of pre-orders for the Epic 4G almost immediately, which is officially going on sale August 31st.  And Verizon is going to be last out the gate, as their release date for the Fascinate hasn’t even been set.

Because of Verizon’s launch delays (now projected for October), many of the specs on the Fascinate are still TBA.  You can head over to the link at Digital Trends, or you can get the high-level summary plus value-added commentary right here.  Each of these phones has the same CPU, the same screen and resolution, the same camera, and the same Android OS release.  It’s where they differ that will help you choose which Galaxy S you want, assuming you haven’t already chosen (or are locked into) your carrier.

What these phones all have in common:

What makes them different, and what they (and I) love and hate about each: 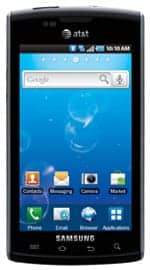 Since this is AT&T’s handset, it competes directly against the iPhone.  For the most part, the iPhone wins on internet surfing, image and video capture, and especially video chat.  The Captivate shines in not having any known antenna problems. 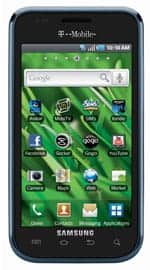 The Vibrant compares favorably with Motorola’s Cliq XT, and costs an extra $70.  A faster CPU gives better performance, it has a bigger and higher resolution display, and boasts superior video quality. and The only thing the Cliq XT has on the Vibrant is a flash for its camera and the lower price. 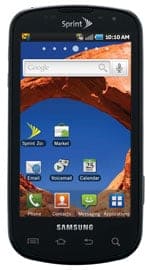 The Epic 4G’s most direct competitor is the HTC Evo, another 4G smartphone in short supply.  The Epic launches next week but pre-orders are already sold out.  It has a slide-out QWERTY keyboard (none of the other Galaxy S phones do) and an included 16 GB microSD card.  Evo bests Epic in its camera and hotspot connectivity.  Is the Epic worth an extra $50 for the storage card that you can buy for $25?  If you want a physical versus virtual keyboard, it may well be.

Weaknesses: $50 more than either the Evo or its Galaxy S cousins, the least maximum storage (33 GB) with only 1 GB internal memory, bulkier (15 mm thick compared to 10 mm for the others) due to the keyboard 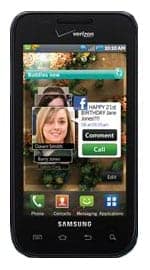 Many of the Fascinate’s specs are still TBA, and it’s difficult to even find a photo of this future Android offering online.  Verizon has seriously committed to Android, and the Fascinate will be competing against Motorola’s current 1 GHz DROID X, DROID 2, the upcoming DROID Pro, and HTC’s Incredible.  With all the Android supersized yumminess over at Big Red, it’s going to be difficult for their Galaxy S offering to distinguish itself, especially with such a delayed arrival time.  The Fascinate not receiving Verizon’s “Droid” branding tells us this phone is not a priority.

Little is known why Verizon is so late to market with their Samsung smartphone, other than their customizing Bing search and Bing maps for the phone, or the possible component shortages that are plaguing most of the smartphone manufacturers.  There is also speculation the late release is a business decision rather than a technical problem.

And there’s always the elephant in the room: the much-rumored arrival of Apple’s iPhone in 2011.

Strengths: Only Android phone with customized Bing interface (which may end up being a weakness), included 16 GB microSD card, LED flash for camera, Verizon rated best cellular network in most of US

Weaknesses: Too much unknown including the price, less maximum storage (34 GB) with only 2 GB internal memory, 720p video recording is not at 30 fps, Verizon most expensive carrier